We continue our look at how the top six Premier League clubs did over the weekend. Here, we look at how Liverpool, Man City and Man Utd got on.

We continue our look at how the top six Premier League clubs did over the weekend. Here, we look at how Liverpool, Manchester City and Manchester United did.

Liverpool went into their game against Burnley at Anfield on Sunday under pressure as they had slipped four points behind Manchester City in the title race. The pressure was ramped up when Burnley took the lead through Ashley Westwood after just six minutes as his corner curled straight into the net. It never should have counted because Alisson was fouled, but the goal stood and Liverpool found themselves behind.

The Reds equalised 13 minutes later when Roberto Firmino poked home from just inches out when Tom Heaton let the ball go under him. Sadio Mane finished well after 29 minutes to put Liverpool into the lead. After 67 minutes, Firmino scored his second of the game and seemingly put the game to bed. Johann Berg Gudmundsson scored for Burnley in stoppage time to give Liverpool some nerves, but Mane then got his second of the game and Liverpool won 4-2.

After the win, Liverpool trail Man City by just one point. The title race is going to continue and it could go down to the wire. Jurgen Klopp’s men need to keep winning because if they drop more points and slip further behind City they may find it difficult to catch them.

Man City ensured they ended the weekend on top of the league when they beat Watford 3-1 at the Etihad on Saturday. Their first goal was bizarre. After Raheem Sterling scored just after half-time, the assistant referee raised his flag for offside, which was the right decision. But the referee had a talk with him and decided the goal would stand because the ball came off a Watford player. It was a ridiculous decision, but Sterling wasn’t complaining. That was his first goal in a 13-minute hat-trick, as he also scored after 50 and 59 minutes, with his third goal, in particular, being really impressive. 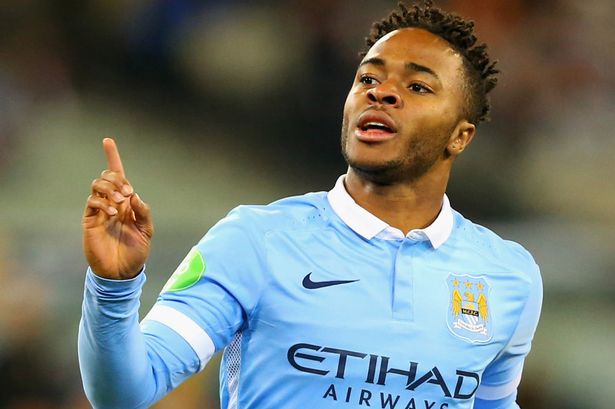 Pep Guardiola’s men won’t relinquish their title without a fight. They’re determined to remain top of the league and Liverpool are going to have to be really impressive between now and the end of the season if they’re to wrestle the title from City. Man City have it all in their own hands and will be confident that they can win enough games to retain their title.

Manchester United dropped out of the top four when they were beaten 2-0 by Arsenal at the Emirates on Sunday. David de Gea will be extremely disappointed that Granit Xhaka scored against him, as he seemed to completely misjudge the flight of the midfielder’s shot from 25 yards. Pierre-Emerick Aubameyang scored from the penalty spot in the second half, which de Gea was furious at as the penalty went straight down the middle. The Spanish goalkeeper looked disappointed with himself.

It was a big chance missed for Ole Gunnar Solskjaer’s men, as they had a great chance to really nail down a place in the top four and put some pressure on Tottenham for third place. Instead, they’re fifth in the table and will have to keep fighting for a Champions League spot. But they can’t be too disheartened by that because a few months ago it seemed impossible that they’d even be a contender for a Champions League place. They’ve done incredibly to get themselves in this position.

United will continue to fight for the top four and can’t be ruled out. They’ve been extremely impressive under Solskjaer. They now need to bounce back and get on another run of good form. There’s no reason they can’t do just that.

This article was written by PremPlace. You can see their website by clicking here.