Sadio Mane scored twice as Liverpool booked their place in the quarter finals of the Champions League with a 3-1 win over Bayern Munich on Wednesday night. 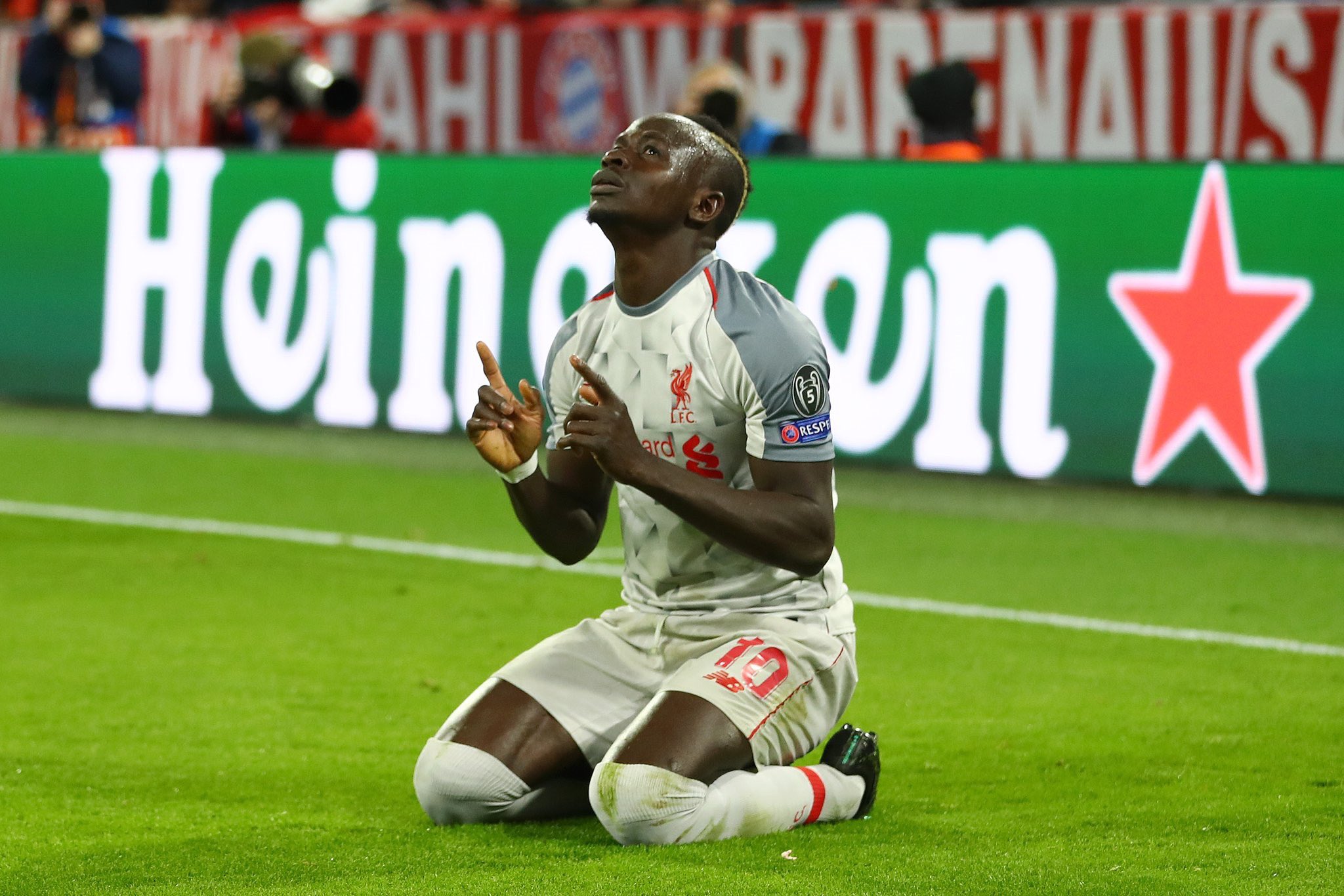 Sadio Mane scored twice as Liverpool booked their place in the quarter finals of the Champions League with a 3-1 win over Bayern Munich at the Allianz Arena on Wednesday night.

Having drawn the first leg 0-0 at Anfield, Liverpool knew an away goal would be massive and they drew first blood after Mane controlled a superb long pass from Virgil van Dijk before rounding Manuel Neuer to fire home for 0-1 in the 26th minute.

Bayern responded and levelled things up on the night shortly before half-time when Liverpool defender Joel Matip put through his own net from a Serge Gnabry cross to make it 1-1 in the 39th minute.

However, Liverpool restored their lead mid-way through the second half when van Dijk powered home a header from a James Milner corner in the 69th minute to leave Munich needing to score twice more to progress.

The hosts struggled to create many clear-cut chances as Liverpool looked reasonably comfortable and Jurgen Klopp’s men sealed a 3-1 win when Mane headed home from a Mohamed Salah cross in the 84th minute to book their place in the quarter finals.

Liverpool will now face either Barcelona, Porto, Manchester City, Juventus, Manchester United, Tottenham or Ajax in the next stage of the Champions League.