This is a match preview ahead of Liverpool’s Premier League clash with Tottenham including team news, line-ups and predicted score

Liverpool will be looking to move back to the top of the Premier League table with a win over Tottenham at Anfield this afternoon.

The Reds sat two points clear at the summit over the international break but have slipped to second after Manchester City eased to a comfortable 2-0 victory over Fulham at Craven Cottage on Saturday lunchtime.

The pressure is now back on Jurgen Klopp’s side to respond and only victory over Tottenham would see Liverpool move back to the top of the table as a draw wouldn’t be enough due to City’s superior goal difference. You can back Liverpool to beat Spurs at odds of 1.72 at MustardBet.

However, three points won’t be easy to come by as Liverpool welcome a top class Tottenham side to Anfield and the north Londoners will be desperate to get back to winning ways following a disappointing few weeks. A Spurs win can be backed at odds of 5.87 here.

Mauricio Pochettino’s men have taken just one point from their last four league games and not only has that run ended any hopes of challenging for the title but they’ve now been dragged into the fight for the top four with Arsenal just one point behind in fifth.

Liverpool have been boosted by the news that Trent Alexander-Arnold has resumed full training after recovering from a knock which kept him out of England duty while Xherdan Shaqiri is also available after shaking off a minor injury.

Joe Gomez has returned to full training after recovering from a fractured leg but he’s unlikely to be in contention due to a lack of match fitness following 15 weeks on the sidelines. Alex Oxlade-Chamberlain has stepped up his recovery from a knee ligament injury but he’s not available for selection just yet.

Tottenham will be without Eric Dier after he picked up a groin injury during England’s win over the Czech Republic while Harry Winks is also still out with his own groin problem.

Serge Aurier is also expected to miss the trip to Merseyside after suffering a hamstring strain while away on international duty with the Ivory Coast. 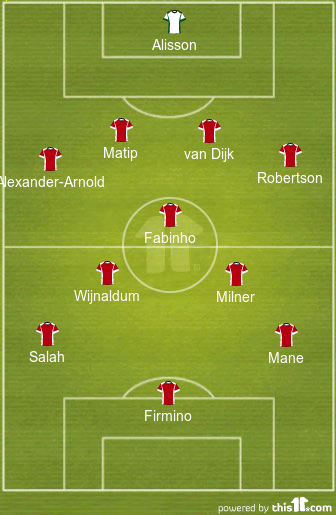 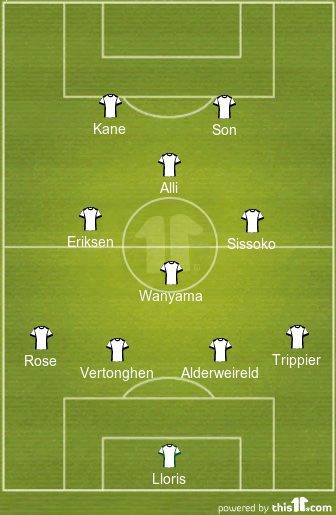 Liverpool 2-1 Tottenham: Spurs are a very dangerous side on their day and will no doubt give Liverpool a good game but the Reds have an excellent home record against the north Londoners having lost just one of their last 24 league meetings at Anfield. Liverpool are also unbeaten in their last 36 home league games and Tottenham come in to the match in poor form so I think the hosts will edge it. Our prediction of 2-1 Liverpool is available at odds of 8.13 at MustardBet.