Here is our match preview ahead of Arsenal’s Premier League clash with Everton at Goodison Park including team news, expected line-ups and prediction

Arsenal will be looking to reclaim third place in the Premier League table with a win over Everton at Goodison Park on Sunday afternoon.

We climbed up to third with a 2-0 victory over Newcastle United at the Emirates Stadium last Monday but Tottenham moved back into pole position after beating Crystal Palace in midweek.

With Chelsea now level on points with Arsenal after beating Brighton we need a win at Everton tomorrow afternoon in order to put ourselves back in the driving seat for Champions League qualification.

That won’t be an easy task against a decent Everton side that come in to the match sitting 10th in the table after beating West Ham at the London Stadium last weekend so Unai Emery won’t be taking anything for granted.

Arsenal will hand a late fitness test to Laurent Koscielny after he missed the win over Newcastle with a foot injury. Shkodran Mustafi is on stand-by to continue in defence if the Frenchman is ruled out.

Granit Xhaka is a major doubt due to a groin injury that he sustained while away with Switzerland during the international break while Lucas Torreira serves the final game of his three-match suspension.

However, Aaron Ramsey is expected to be available after returning to full training following a minor knock which he picked up against Newcastle. Long-term absentees Hector Bellerin, Danny Welbeck and Rob Holding remain on the sidelines for the Gunners.

Pierre-Emerick Aubameyang is pushing for a recall after only being named on the bench against Newcastle due to a fever.

Everton have no fresh injury concerns but Yerry Mina misses out with a thigh problem. 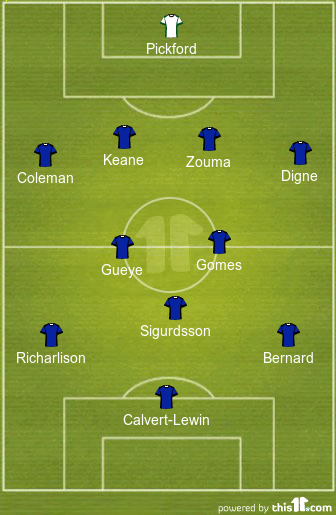 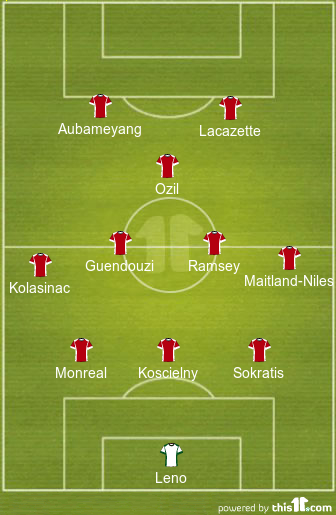 Everton 1-2 Arsenal: Arsenal have been woeful on the road in recent months as we’ve won just one of our last eight league matches away from home so this is going to be a stern test. However, we have an excellent record against Everton having won seven of our last eight meetings and we’ve been playing well in recent games so I think the Gunners will edge it tomorrow.