Arsenal have taken control of their Europa League quarter-final tie after beating Napoli 2-0 in the first leg at the Emirates Stadium on Thursday night. 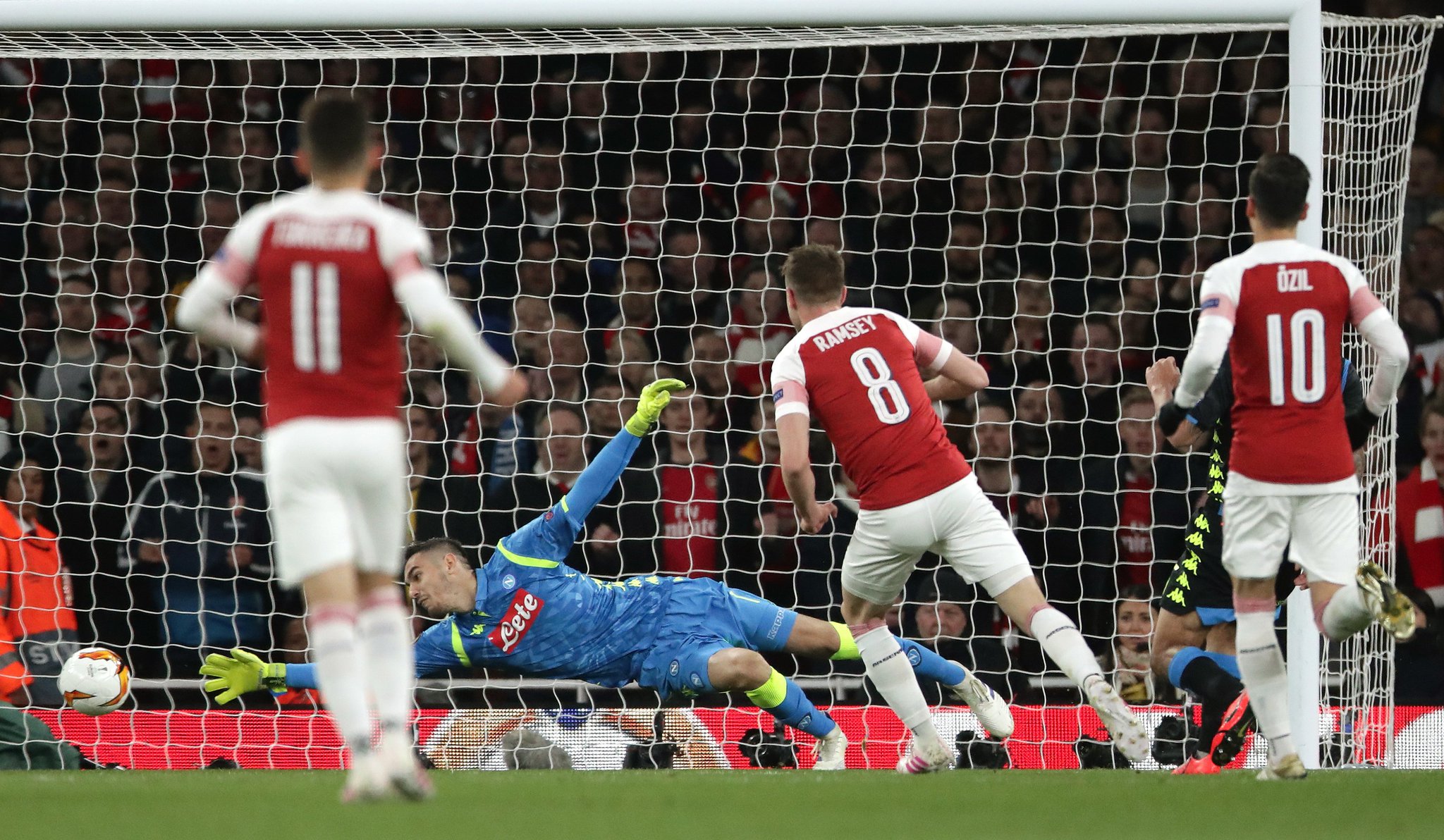 Arsenal have taken control of their Europa League quarter-final tie after beating Napoli 2-0 in the first leg at the Emirates Stadium on Thursday night.

We started on the front foot and opened the scoring in the 14th minute following a lovely team move. After winning the ball just inside the Napoli half, Mesut Ozil, Alexandre Lacazette and Maitland-Niles all combined before to set-up Aaron Ramsey and the Welshman slotted home into the bottom corner for 1-0.

Arsenal continued to dominate and we doubled our lead ten minutes later when Lucas Torreira stole possession 25 yards from goal, cut inside and saw his left-footed shot fly past Alex Meret via a deflection off Kalidou Koulibaly.

We could have added to our lead in the first half but failed to take our chances and Napoli improved after the break when they could have grabbed an important away goal.

Ramsey then fluffed a golden chance to make it 3-0 when he blazed over from 6 yards out in the 82nd minute while Pierre-Emerick Aubameyang also blasted wide so Arsenal had to settle for a 2-0 victory that puts us well placed heading into the second leg in Italy next week.