Arsenal blew their chance to climb into the top four after crashing to an embarrassing 3-1 defeat to Wolves at Molneux this evening. Watch the goals here: 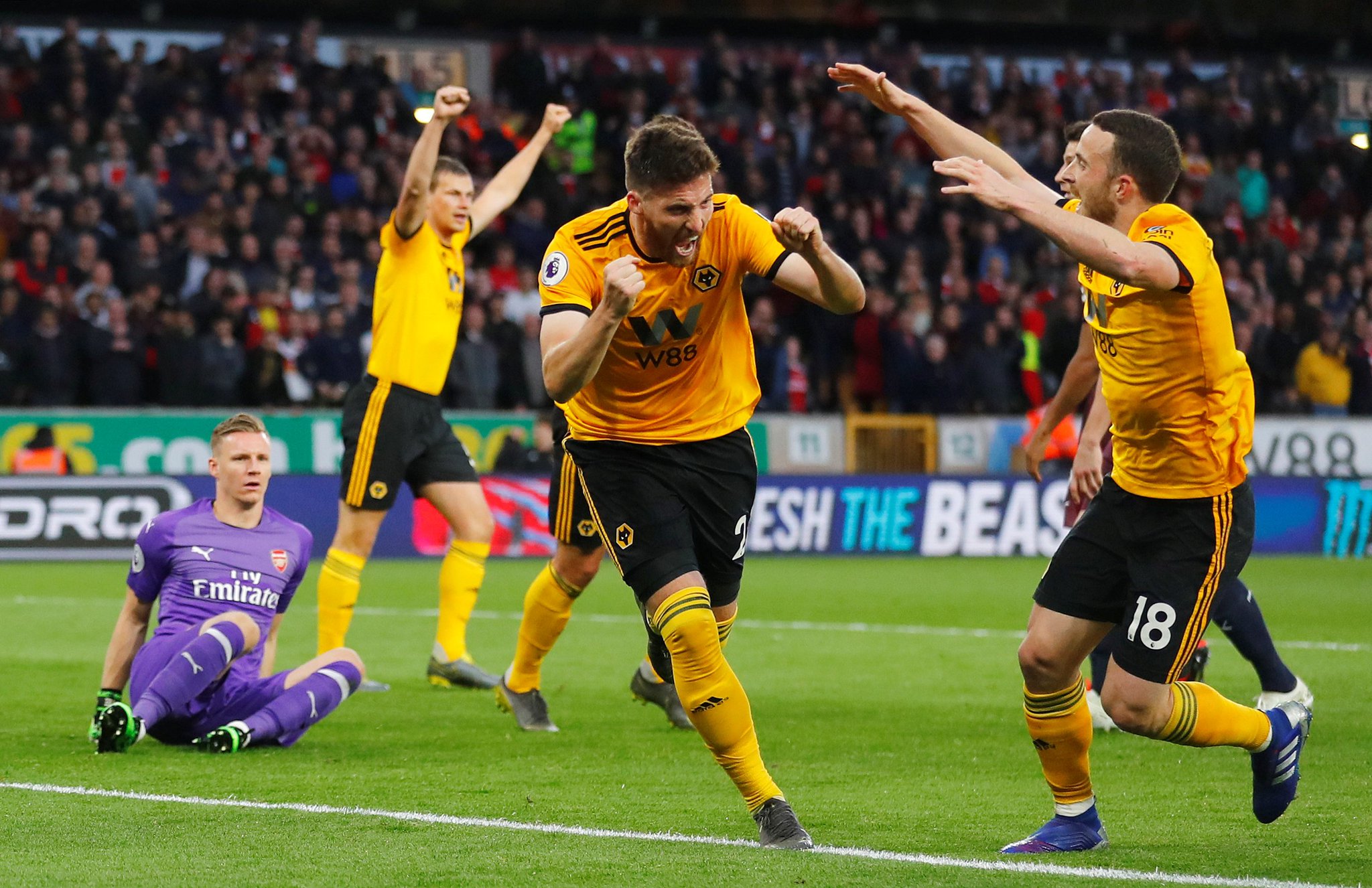 Arsenal blew their chance to climb into the top four after crashing to an embarrassing 3-1 defeat to Wolves at Molneux this evening.

We started reasonably well but couldn’t convert our possession into genuine goal-scoring opportunities and we were made to pay when Wolves opened the scoring thanks to a superb free-kick from Ruben Neves in the 28th minute.

Arsenal completely capitulated and the hosts doubled their lead less than 10 minutes later when Matt Doherty headed home unmarked after Bernd Leno got nowhere near an in-swinging cross.

Wolves were rampant and they took advantage of a sloppy pass from Granit Xhaka in the middle of the park with Diogo Jota bursting through our weak defence to fire under Leno for 3-0 in first half stoppage time.

It was more of the same in the second half with Arsenal dominating possession and Wolves dangerous on the break. We did pull one back when Sokratis headed home from a corner in the 80th minute but it was nothing more than a consolation as Wolves help on to win 3-1.

The result means Arsenal remain one point adrift of fourth-placed Chelsea with three games left to play so Champions League qualification is now out of our hands.

Here is the Jota's goal, what a solo effect and powerfull shot to make Wolves 3-0 Arsenal !! What a first half and performance by Wolves ??⚽️ pic.twitter.com/RZ7uC5QQRo