This is our match preview ahead of Manchester United’s Premier League clash with Chelsea at Old Trafford on Sunday afternoon.

Manchester United take on Chelsea at Old Trafford on Sunday afternoon in a game that could determine their top four hopes.

United have hit a rough patch at just the wrong time of the season as they’ve lost seven of their last nine games in all competitions including consecutive Premier League defeats to Everton and Manchester City over the past week.

That poor run of form has left them sitting sixth in the table and ordinarily Man Utd would already be out of the running to finish in the top four. However, Arsenal, Tottenham and Chelsea have also stuttered of late so Ole Gunnar Solskjaer’s side are still in the hunt for Champions League qualification.

Chelsea have things in their own hands as they know victory at Old Trafford would move them level on points with Tottenham and keep them ahead of Arsenal with just two games remaining so Maurizio Sarri will be desperate to get back to winning ways following Monday night’s 2-2 draw with Burnley.

United are set to welcome Ander Herrera back into the squad after he recovered from a hamstring injury that’s kept him out for the last six games while Scott McTominay could also be back in contention after missing the City game with a knock.

However, Phil Jones is set to miss out after limping off against Everton last week while Eric Bailly and Antonio Valencia remain unavailable for selection. Romelu Lukaku is pushing for a recall against his former club while Nemanja Matic could also come back into the side.

Chelsea have been boosted by the news that Antonio Rudiger has made a swift recovery from a knee injury but N’Golo Kante is a major doubt after suffering a rib injury against Burnley.

Callum Hudson-Odoi is certain to miss the game tomorrow after being ruled out for at least three months with an Achilles injury. 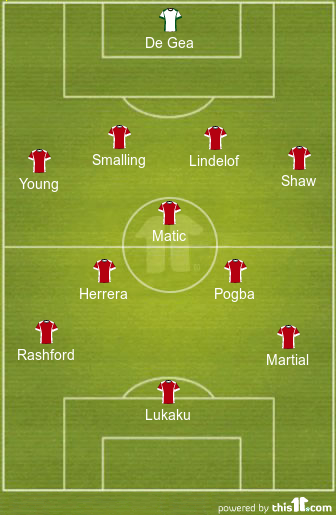 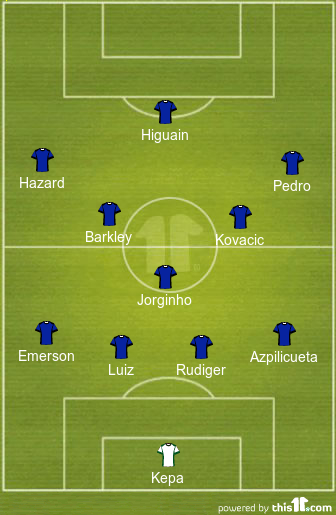 Man Utd 2-1 Chelsea: Both teams need a win so this should be an exciting game. A draw is no good for United if they want to finish in the top four and Chelsea will be under pressure to respond if Arsenal get a result at Leicester. Man Utd have won their last two league games against Chelsea at Old Trafford but they haven’t been playing well lately so Chelsea may be quietly confident of getting something. However, I think Man Utd will just edge it to blow the top four wide open.