Arsenal’s hopes of finishing in the top four took another huge blow after going down 2-0 to Leicester City at the King Power this afternoon. 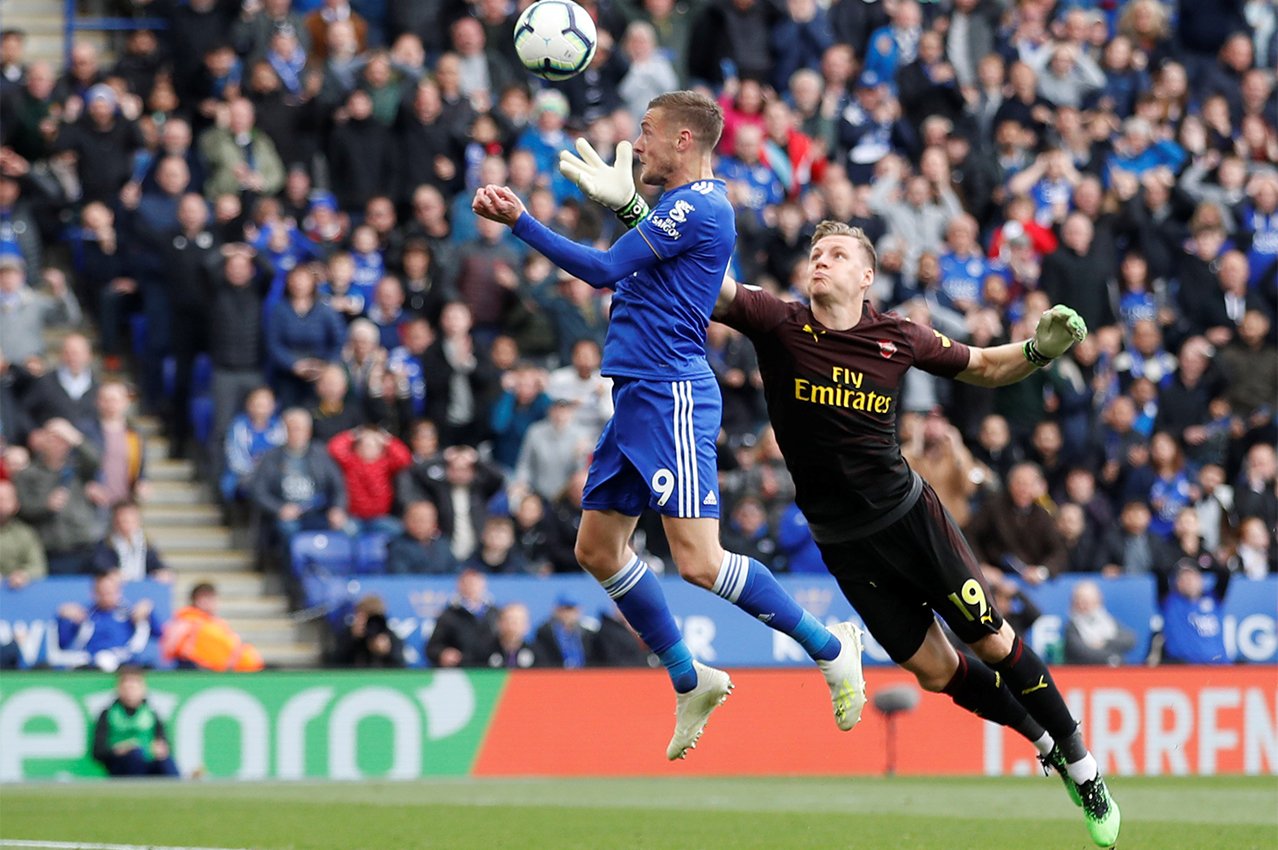 Arsenal’s hopes of finishing in the top four took another huge blow after going down 3-0 to Leicester City at the King Power this afternoon.

Leicester were on top in the first half as Arsenal struggled to get their passing game going with Wilfried Ndidi and Jamie Vardy going close for the hosts while Alex Iwobi saw our best chance easily saved.

Arsenal were then reduced to 10 men shortly before half-time when Ainsley Maitland-Niles was shown two harsh yellow cards. The second for an apparent foul on James Maddison was particularly harsh as there appeared to be little contact.

Leicester didn’t take long to make their man advantage count as they broke the deadlock in the 59th minute when Youri Tielemans headed home unmarked from a lovely Maddison delivery.

Arsenal struggled to muster much of a response in search of an equaliser and we had to thank Bernd Leno for keeping the score-line respectable as he made a number of solid saves to keep Leicester at bay.

That was until some woeful defending allowed Jamie Vardy to race clean through on goal from a goal kick. The striker’s initial effort came off the bar but it fell straight to him and Vardy headed home for 2-0 in the 86th minute.

Vardy scored a third in injury time as Arsenal slumped to another painful loss which leaves us sitting fifth in the Premier League table and all eyes now turn to Old Trafford where fourth-placed Chelsea face sixth-placed Manchester United.

Unbelievable performance and a quality bit of play from Ricardo

Jamie Vardy is lethal in the box ? #LCFC pic.twitter.com/qwkWDXIQNl