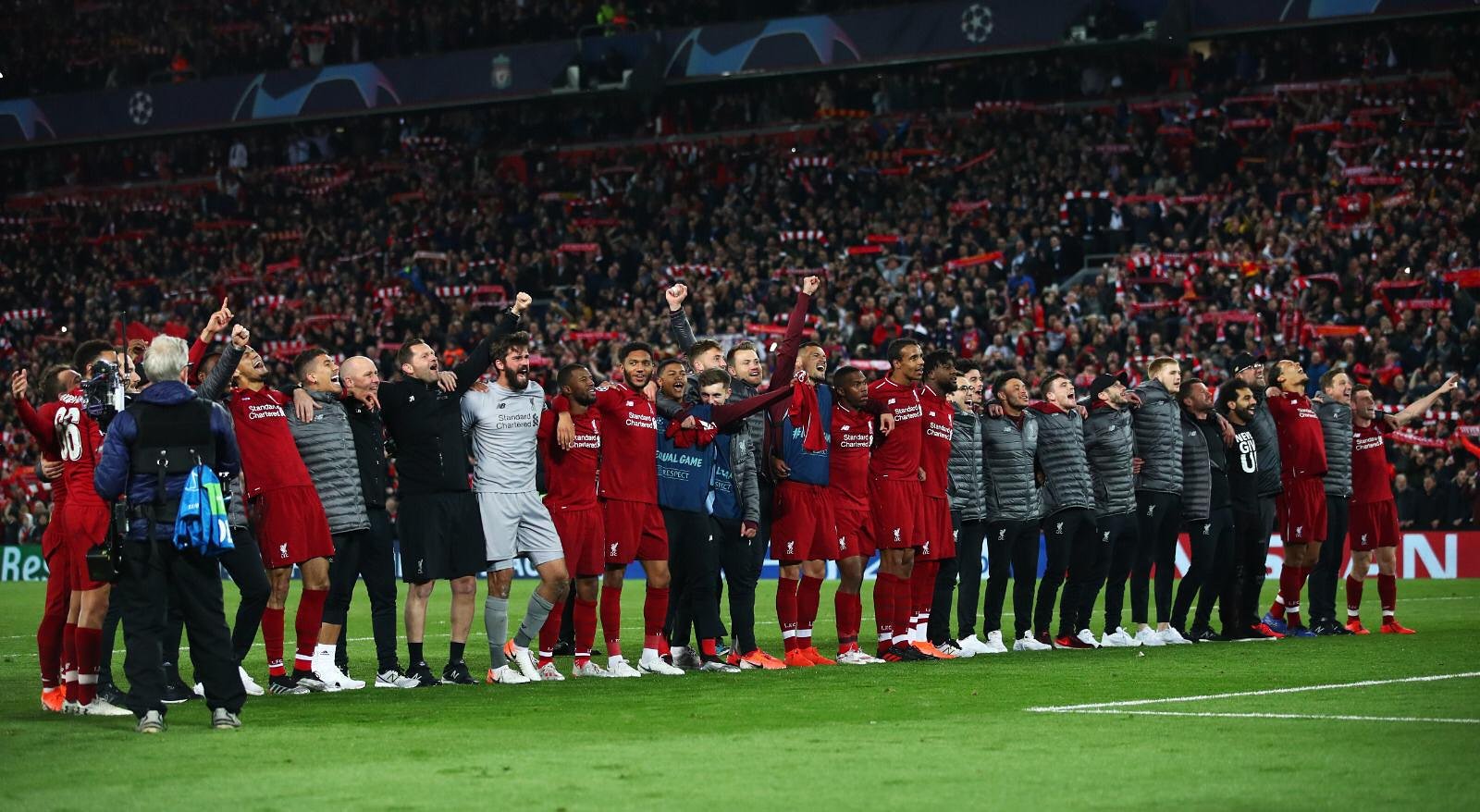 Liverpool pulled off a miracle as they thrashed Barcelona 4-0 at Anfield last night to book their place in the Champions League final with a stunning 4-3 aggregate win.

Trailing 3-0 from the first leg at the Nou Camp, Liverpool needed to score at least three goals to stand a chance and they made the perfect start as Divock Origi was on hand to poke home from close range to make it 1-0 on the night in the 6th minute after Jordan Henderson’s shot was saved.

Jurgen Klopp was forced to make a change at half-time with Georginio Wijnaldum replacing the injured Andrew Robertson and the substitution changed the game as the Dutchman scored a quick-fire double to draw Liverpool level.

First, Wijnaldum was on hand to fire home a loose ball in the box in the 54th minute to make it 2-0 to Liverpool before he headed home just two minutes later to make it 3-0 on the night and level things up at 3-3 on aggregate.

The stunning turn-around was complete when Trent Alexander-Arnold found an unmarked Origi with a quick corner and the Belgian striker swept home to book Liverpool’s place in the Champions League final with a sensational 4-3 aggregate victory over Barcelona.

The players celebrated in front of the Kop after the game and those celebrations continued into the dressing room as the Liverpool squad rejoiced at pulling off one of the most miraculous comebacks in recent footballing history.

Some of the players have also been posting messages on social media with the likes of Alexander-Arnold, Alex Oxlade-Chamberlain, Roberto Firmino, Fabinho and Mohamed Salah all reacting to Liverpool’s stunning achievement.

Check out what the Liverpool players have been up to here:

Inside the dressing room at full-time with our Reds… pic.twitter.com/n8BePcDHfY

What a special night! We promised each other that we couldn't give up. That we'd fight until the end. We did it together. Thank you, Anfield! We're in the final. And we're gonna keep fighting. YNWA! pic.twitter.com/9mq1GzL1zW

COME ON!! ? Words can’t describe this feeling! Anfield never stopped believing and neither did we! ?? ? The road isn’t over yet! MADRID HERE WE COME!!! WE. NEVER. GIVE. UP. ?? ? #UCL #LiverpoolFC #YNWA pic.twitter.com/GOq98HuJJY