Arsenal, Liverpool and Manchester United are battling to sign James Rodriguez after he decided to find a new club when his loan ends at Bayern Munich

Managers are working hard trying to strengthen their squads during the summer transfer window so we’ll bring you all the latest news and gossip from around the globe. Today, James Rodriguez is linked with Arsenal, Liverpool and Manchester United….

Arsenal, Liverpool and Manchester United are battling to sign James Rodriguez after he decided to find a new club when his loan ends at Bayern Munich this summer, according to reports in Germany via the Mirror.

Rodriguez made his name at Porto and Monaco but became a real world-wide superstar after producing some magnificent performances for Colombia at the 2014 World Cup which earned him a big-money move to Real Madrid.

The 27-year-old provided 36 goals and 40 assists in 111 appearances for Los Blancos but still struggled to hold down a regular first team place and was eventually sent to Bayern Munich on a two-year loan deal in 2017.

The South American has contributed 15 goals and 20 assists in his 67 appearances for Bayen to help them win consecutive Bundesliga titles but he’s still not been able to fully establish himself at the German giants.

According to the Mirror, Bayern have the option to make the loan move permanent this summer for £37m but Sky Germany are reporting that Rodriguez doesn’t want to stay at the Allianz Arena and has decided to find a new club.

The German outlet says Rodriguez will return to Madrid and instruct his agent, Jorge Mendes, to negotiate another move away from the Bernabeu as he doesn’t fit into Zinedine Zidane’s plans in Spain. 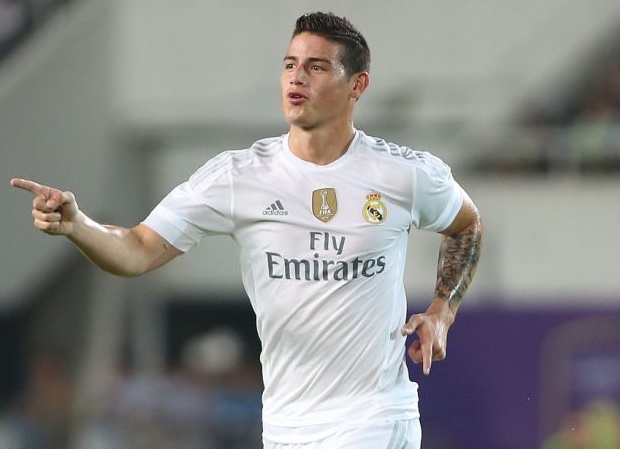 It seems the situation has alerted several big clubs here in the Premier League as the report says Arsenal, Liverpool and Manchester United are all battling to lure Rodriguez to England this summer.

Unai Emery is expected to strengthen his squad over the coming weeks and with the likes of Aaron Ramsey and Danny Welbeck leaving when their contracts expire, the Arsenal boss is reportedly eyeing Rodriguez as a potential new recruit.

Jurgen Klopp is also being tipped to dip into the market for another versatile attacker amid speculation Xherdan Shaqiri will leave Anfield this summer and Rodriguez has seemingly been identified as a possible replacement.

Ole Gunnar Solskjaer is gearing up for a busy summer overhaul after United finished sixth this season and Rodriguez could be the man to freshen up their attack with the likes of Alexis Sanchez and Anthony Martial linked with moves away from Old Trafford.

I think the Colombian international would be an exciting signing for Arsenal, Liverpool or United but the English giants will face further competition for his signature as Sky Germany claim Juventus and PSG are also showing a keen interest.