Managers are working hard trying to strengthen their squads during the summer transfer window so we’ll bring you all the latest news and gossip from around the globe. Today, Daniel James will undergo a medical at Man Utd today… 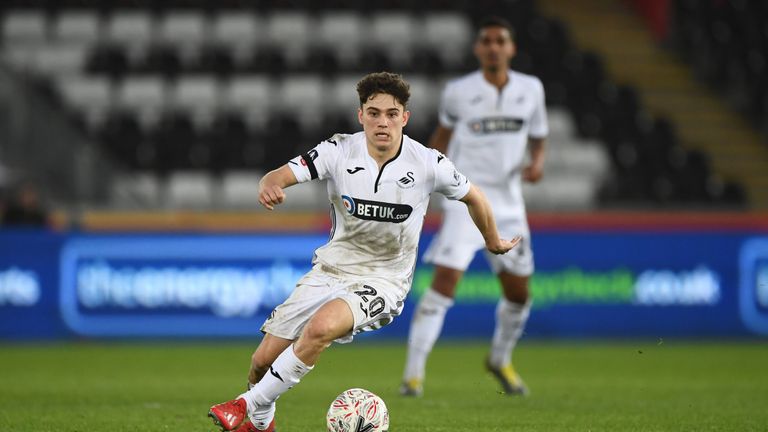 Daniel James has arrived at Carrington to undergo his medical after Manchester United agreed a deal with Swansea City to sign the exciting young winger, according to the Mirror.

Ole Gunnar Solskjaer is expected to be busy in the transfer market this summer as he looks to revamp the squad that finished sixth in the Premier League last season and strengthening his attacking options is regarded as a priority.

James emerged as a key target last month after widespread reports claimed Man Utd were in talks with Swansea over a potential deal to sign the pacey 21-year-old winger this summer.

Negotiations took a backseat while James mourned the sudden death of his father but talks have been rekindled in recent days and it looks like United are now on the verge of completing their first summer signing.

Sky Sports News claim the Manchester giants have agreed terms with Swansea over a deal worth £18m – £15m up front with a further £3m in additional add ons – and James has already agreed personal terms over his move to Old Trafford.

The Mirror says James has now arrived at Man Utd’s Carrington training base to undergo his medical and is expected to wrap-up his move this afternoon before linking up with the Wales squad ahead of their Euro qualifier against Croatia.

James made 33 appearances for the Swansea first team after coming through their youth ranks and he caught the eye of several clubs after putting in a string of impressive performances last season.

However, the youngster was about to enter the final year of his contract so Swansea have been forced to cash-in and he had his heart set on a move to Man Utd despite reported interest from the likes of Monaco and Everton.

The youngster is known for his blistering pace and can play on either wing so his versatility will be viewed as a very useful asset at Old Trafford and his arrival will cast further doubt over the future of Alexis Sanchez.