Managers are working hard trying to strengthen their squads during the summer transfer window so we’ll bring you all the latest news and gossip from around the globe. Today, Arsenal have made their move for Thomas Meunier…. 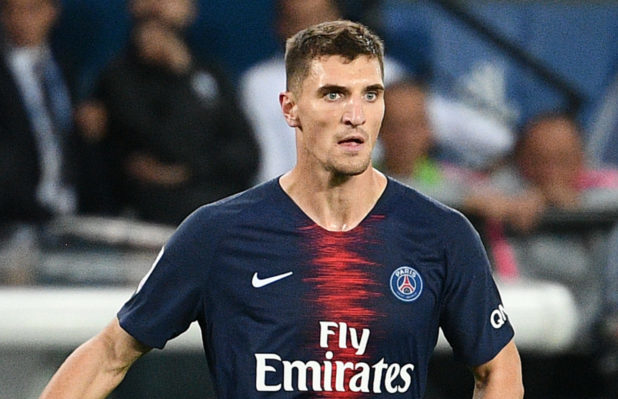 Arsenal have stolen a march on Manchester United are launching a £22m bid to sign Paris Saint-Germain full-back Thomas Meunier this summer, according to reports via The Sun.

Meunier has been with PSG since joining the club from Club Brugge in 2016 and the right-back has provided 20 assists and 12 goals in his 101 appearances to help the French giants win a number of trophies including 2 Ligue 1 titles and 4 domestic cups.

However, the 27-year-old has just one year remaining on his contract and has failed to agree terms over an extension after falling down Thomas Tuchel’s pecking order during last season with Colin Dagba and Thilo Kehrer seeing plenty of game time.

The situation has alerted clubs here in the Premier League with Belgian outlet DH.be claiming last week that Manchester United were in pole position ahead of Arsenal to sign the experienced full-back this summer.

Ole Gunnar Solskjaer needs to reinforce his options on the right side of defence as Antonio Valencia is leaving this month and it seems Meunier has been identified as a possible long-term replacement.

However, it looks like Arsenal have stolen a march on Manchester United as The Sun are citing a report that originates from TuttoMercatoWeb that claims the Gunners have now launched a bid to sign Meunier.

The Sun suggests the offer is worth £20m but TuttoMercatoWeb actually says the bid was €25m – which converts to nearer £22m – and is a lot closer to PSG’s reported valuation, so a deal could be on the cards.

Unai Emery is in the market for a right-back to offer competition for Hector Bellerin as Stephan Lichtstiener is leaving the Emirates after a disappointing spell and it looks like Meunier is the man he wants as a replacement.

Emery knows the Belgian international well from their time at PSG where they won the Ligue 1 title together so there could be a reunion in north London this summer if Arsenal manage to get this proposed deal over the line.

However, there is still time for Man Utd to step-up their interest and submit an offer of their own so we’ll have to wait and see how things develop over the coming days but it looks like Meunier could be heading to England this summer.