Managers are working hard trying to strengthen their squads during the summer transfer window so we’ll bring you all the latest news and gossip from around the globe. Today, Man Utd are linked with Tottenham target Steven Bergwijn… 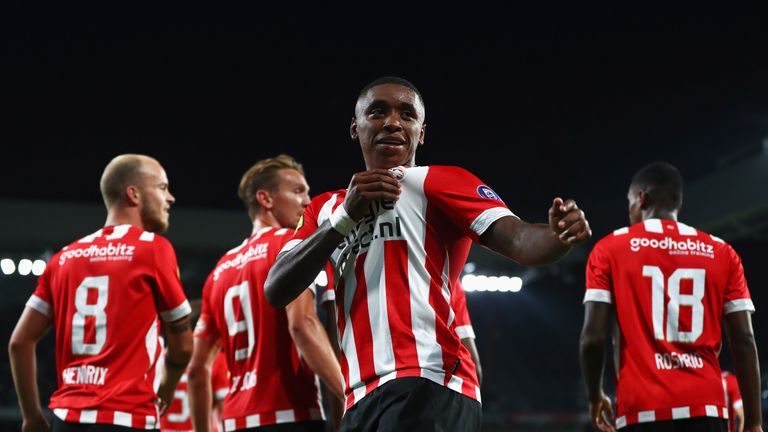 Manchester United are hoping to hijack Tottenham’s attempts to sign £35m-rated PSV Eindhoven attacker Steven Bergwijn this summer, according to reports via TeamTalk.

Bergwijn originally came through the youth ranks at Ajax but he’s developed into one of the most exciting young talents in Dutch football since moving to PSV in 2011 having established himself as a key first team player.

The 21-year-old winger provided 14 goals and 12 assists in 33 games last season as PSV narrowly missed out on the Eredivisie title to Ajax and Bergwijn’s impressive form has caught the attention of several top European clubs.

Sky Sports News reported last week that Tottenham were leading the race to sign the talented attacker after Mauricio Pochettino was left impressed by his performances during their Champions League meetings last season.

Pochettino is expected to be active in the transfer market this summer as he looks to push Tottenham to new heights after losing in the Champions League final and it appears Bergwijn is on his radar.

TeamTalk suggests that Pochettino sent scouts to watch the youngster in action during Holland’s Nations League victory over England on Thursday night as the Spurs boss prepares to formalise his interest with an offer.

However, TeamTalk are citing a report from TransferMarketWeb that claims Manchester United are now ready to try and hijack Tottenham’s attempts to sign Bergwijn after also identifying the £35m-rated winger as a summer target.

Ole Gunnar Solskjaer is gearing-up for a busy few weeks as he looks to overhaul his squad following a disappointing season and adding more creativity to his attack is believed to be a priority for the Norwegian coach.

United are on the verge of signing Daniel James from Swansea but it seems Solskjaer is still in the market for another winger amid speculation Alexis Sanchez could leave Old Trafford and it appears Bergwijn could be viewed as a replacement.

The Dutch international is predominantly a left winger but he can play anywhere across the attacking midfield positions so his versatility would be a useful asset for Tottenham or United if either club could win the race for his signature.