Managers are working hard trying to strengthen their squads during the summer transfer window so we’ll bring you all the latest news and gossip from around the globe. Today, Donny van de Beek eyes a move to Man Utd or Tottenham…. 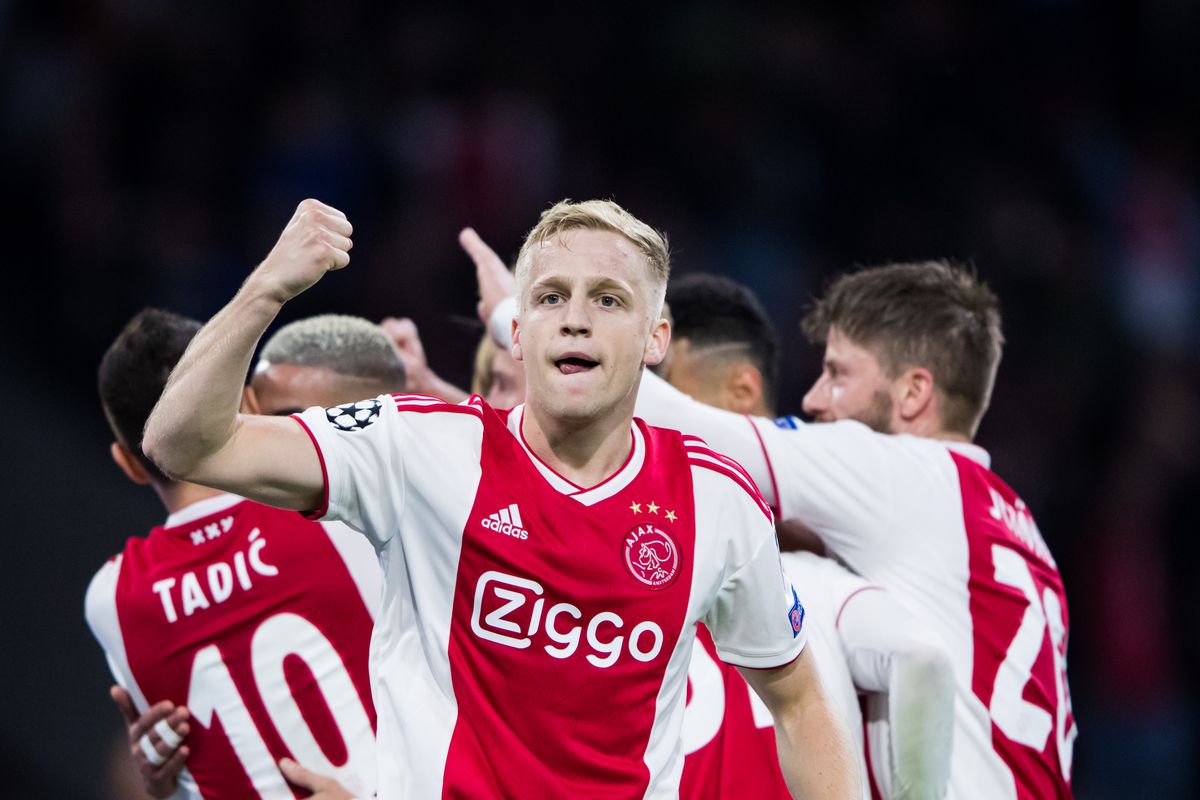 Ajax midfielder Donny van de Beek wants to come to the Premier League and is eyeing a move to Manchester United or Tottenham this summer, according to Dutch football journalist Marcel van der Kraan.

van de Beek has emerged as one of the hottest young talents in European football since graduating from the Ajax youth academy and he provided 17 goals and 13 assists last season to help Ajax clinch a league and cup double while they also reached the semi-finals of the Champions League.

The 22-year-old’s sensational form has led to speculation linking him with a move to one of Europe’s top clubs and the midfielder has been tipped to follow Matthijs de Ligt and Frenkie de Jong in making big-money moves away from Ajax this summer.

It seems he could be heading to England as Dutch journalist Van de Kraan says he’s spoken with the players agent and claims van de Beek wants to play in the Premier League and join Man Utd or Tottenham.

“Donny van de Beek has his eyes set on the Premier League. I think he’s a proper Premier League player – he’s got a big tank, he’s got the education from Ajax, he can play in more positions in midfield.

“I think he’s got his eyes set on a club like Man United or Tottenham Hotspur. I’ve been talking to his agent, and he said if that would materialise it would be something right up his street.” Ole Gunnar Solskjaer is expected to be extremely busy in the transfer market this summer as he looks to overhaul a squad that finished sixth in the table last season and United have already got a deal in place to sign winger Daniel James from Swansea.

But the Manchester giants are also being linked with a number of attacking midfielders amid speculation Paul Pogba could be leaving Old Trafford this summer and they’d do a lot worse than turning to van de Beek as a replacement.

Mauricio Pochettino is also expected to be in the market for a midfielder as Christian Eriksen has signalled his intent to seek a new challenge this summer and van de Beek would be an excellent replacement for the Danish international.

We’ll have to wait and see how things progress but The Sun claims the Dutch international is valued at around £45m and I think that would be an excellent deal for a player of van de Beek’s quality so he’d be a superb addition for Spurs or United.