Managers are working hard trying to strengthen their squads during the summer transfer window so we’ll bring you all the latest news and gossip from around the globe. Today, Man Utd are linked with Elseid Hysaj…. 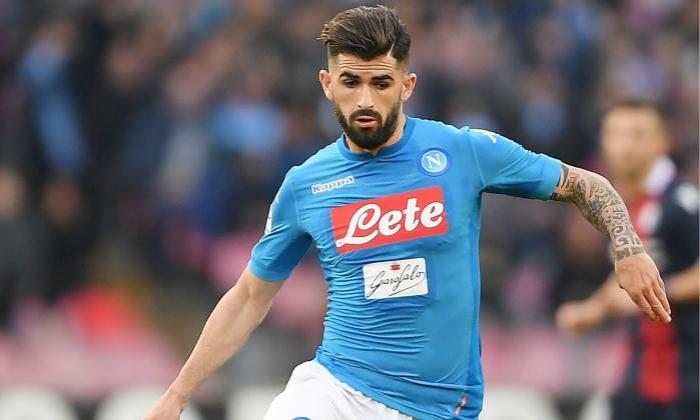 Manchester United have opened talks with Napoli over a potential deal for Elseid Hysaj after struggling to agree a fee with Crystal Palace for Aaron Wan-Bissaka, according to reports in Italy via The Sun.

Ole Gunnar Solskjaer is in the market for a new right-back as Antonio Valencia is leaving the club this summer, Ashley Young turns 34 next month and Diogo Dalot is still too raw to be considered as first choice just yet.

Wan-Bissaka has been touted as United’s prime target but The Sun claims Solskjaer is being forced to look elsewhere after seeing a £35m plus £15m offer rejected by Crystal Palace – who’re demanding £45m plus bonuses for the England U21 international.

It appears an alternative target has been found as the newspaper are citing a report from Sky Italia that claims Man Utd have now opened initial talks with Napoli over the availability of Elseid Hysaj.

The Italian outlet says United are keen on the Albanian international due to his ability to play on either side of the back four but they could face stiff competition from Atletico Madrid as they are also showing an interest in Hysaj this summer.

The 25-year-old came through the youth ranks at Empoli and spent three years in their first team before following Maurizio Sarri to Napoli in 2015 and he’s gone on to make 170 appearances during his four year spell at the San Paolo Stadium.

However, according to The Sun, Hysaj has gone public with his desire to seek a new challenge this summer and it seems Man Utd may be interested in luring him to Old Trafford if a deal can be agreed with Napoli.

Hysaj is predominantly a right-back so he’d be viewed as a long-term replacement for Young but the fact he can also fill-in at left-back will be useful for Solskjaer – especially if Matteo Darmian also leaves United this summer.

We’ll have to wait and see how things develop but I still think Man Utd haven’t given up hope of signing Wan-Bissaka and expect them to do all they can to land the Palace star before formalise their interest in Hysaj.