Liverpool have expressed an interest in signing Augsburg star Philipp Max but will face competition from Barcelona for the £18m-rated left-back,

Managers are working hard trying to strengthen their squads during the summer transfer window so we’ll bring you all the latest news and gossip from around the globe. Here, Liverpool are linked with Philipp Max… 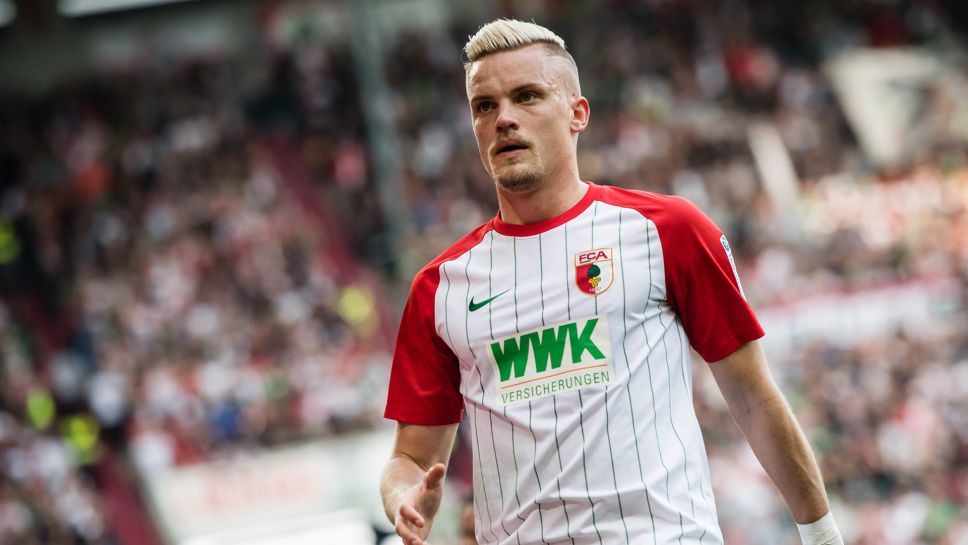 Liverpool have expressed an interest in signing Augsburg star Philipp Max this summer but will face competition from Barcelona for the £18m-rated left-back, according to Sport.

Jurgen Klopp has been extremely quiet in the transfer market so far this summer as the Liverpool boss has only signed Dutch youngster Sepp van den Berg but the German coach hinted yesterday that he’s still in the market for another signing before the window closes next month.

Liverpool have been linked with a number of left-backs throughout the summer after Alberto Moreno left on a free transfer so Klopp needs to find a suitable replacement who can compete with Andy Robertson next season.

It seems the Reds boss is now eyeing a raid on his old stomping ground as Spanish outlet Sport claims the former Borussia Dortmund boss is showing a keen interest in signing Augsburg full-back Philipp Max.

The report says the 25-year-old is valued at around £18m [€20m] – which should be well within Liverpool’s price range – but the Merseysiders will face stiff competition from Barcelona as the Spaniard’s are also chasing Max this summer.

Barca are reportedly on the look-out for a new left-back and Sport claims they have short-listed Max as one of their key targets along with Wolfsburg star Jerome Roussillon after being priced out of a move for Real Betis’s Junior Firpo.

We’ll have to wait and see how things develop over the coming days but Max would be an excellent signing if Liverpool could lure him to Anfield as he’s been one of the best left-backs in the Bundesliga in recent years.

The German ace is know for his attacking instincts as he’s contributed 7 goals and 16 assists in his 88 Bundesliga appearances for Augsburg so he’d make an able deputy for Robertson if Liverpool end up doing a deal.