Managers are working hard trying to strengthen their squads during the summer transfer window so we’ll bring you all the latest news and gossip from around the globe. Here, Man Utd are linked with Luka Modric…. 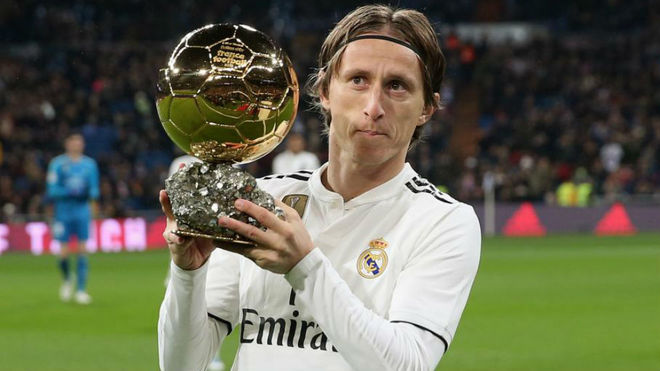 Manchester United are eyeing an audacious move to sign Luka Modric after expressing their interest in luring the midfielder away from Real Madrid this summer, according to reports in Spain via TeamTalk.

Modric has been one of the best midfielders in the world since joining Madrid from Tottenham in 2012 and he’s helped the club win a whole host of honours including the La Liga title and four Champions League’s.

The 33-year-old has also starred on the international stage having been capped 122 times by Croatia and he won the Ballon d’Or after leading his country to the World Cup final last summer where they eventually lost to France.

Modric has been linked with a move away from the Bernabeu over the past 12 months and he was reportedly on the verge of joining Inter Milan last summer until Madrid president Florentino Perez persuaded him to stay and sign a new contract.

However, Diario Gol, via TeamTalk, suggest that Modric is once again eyeing a move away from Spain and the Spanish publication says Man Utd have expressed their interest in bringing the former Tottenham star back to the Premier League.

Ole Gunnar Solskjaer has already splashed out on winger Daniel James and right-back Aaron Wan-Bissaka this summer but the United boss is expected to further strengthen his squad before the window shuts in 17 days time.

A new midfielder is on the agenda as Ander Herrera has left to join Paris Saint-Germain on a free transfer and it appears Manchester United are eyeing a shock swoop to sign Modric as his replacement.

However, they aren’t the only club in the running as the report says Bayern Munich, AC Milan and PSG have also been in contact with Madrid to express their interest in signing Modric so it will be a fierce battle for his signature.

With the Croatian international coming towards the end of his career, TeamTalk suggests Madrid may opt to cash-in if a suitable offer arrives but we’ll have to wait and see if any club is able to get a deal agreed.

One things for sure, Modric would be a superb – albeit short-term – signing for Man Utd if they could manage to pull off what would be a major coup by bringing him back to England this summer.