Arsenal have announced the signing of William Saliba on a long-term contract in a £27m deal that will see him spend next season on loan at Saint-Etienne.

We’re now at the business end of the summer transfer window and managers are working hard trying to strengthen their squads so we’ll bring you all the latest news and gossip from around the globe. Here, Arsenal have signed William Saliba… 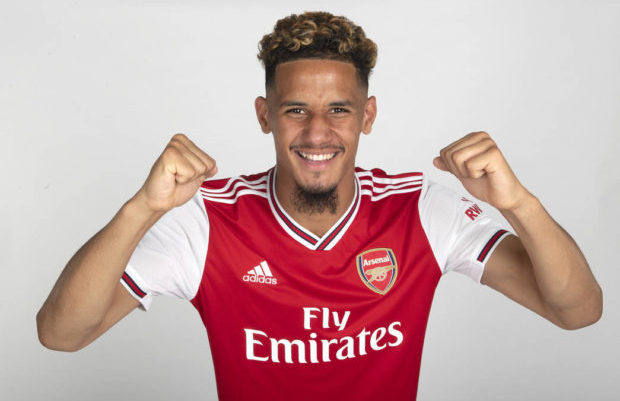 Arsenal have announced the signing of William Saliba on a long-term contract in a £27m deal that will see the centre-back spend next season on loan at former club Saint-Etienne.

We’ve been chasing Saliba all summer as Unai Emery identified him as a prime target after he emerged as one of the most highly-rated defenders in French football having broken into the Saint-Etienne first team last season.

The 18-year-old produced a string of impressive performances to help Saint-Etienne finish fourth in Ligue 1 with one of the best defensive records in the division while he’s also represented France at various youth levels up to U20.

Arsenal had to fight off competition from a number of clubs, including rivals Tottenham, but Saliba opted for a move to the Emirates Stadium and he arrived in London earlier this week to complete his medical and finalise his move.

Those formalities have now been completed and Arsenal have announced on Arsenal.com that Saliba has joined the club on a long-term contract before being immediately loaned back to Saint-Etienne for next season.

Saliba has explained to the clubs website that he feels it’s important he continues to develop for another year in France so he’s ready to establish himself at Arsenal when he arrives next summer while he also revealed why he snubbed Tottenham in favour of a move to the Emirates.

William, welcome to Arsenal. How does it feel to have signed for us?
Well, first of all, it’s a massive pleasure to sign for a really, really big English club. This is the biggest club in England for me, so it was an easy decision. I didn’t think twice about signing here, so I’m really happy.

We know that you had a choice between us and our rivals, Tottenham. What was it about Arsenal that made you want to come here?
Well, the history, the badge… since I was little, I’ve been watching Arsenal play in the Champions League and so on, and there are a lot of French players who have come through here. So that really helped me to make my mind up.

Obviously, you’ll be spending this season back at Saint-Etienne. Tell us why that was so important to you.
Well, it was important first of all because I wanted to prove myself for another year at Saint-Etienne, before I come to try and establish myself here at Arsenal. This is a big club, and when you come here, you need to be ready. So I’m going to try and have a great season with the club that developed me in order to be ready for Arsenal.

The club haven’t revealed the fee but the Daily Mail are one of several media outlets reporting that we’ll pay £27m for the teenager and Saliba becomes the second signing of the day after we announced the arrival of Dani Ceballos on loan from Real Madrid.

Saliba is a hugely exciting signing but he won’t be around to help out next season so let’s hope Emery is still in the market for a more established centre-back as our defence badly needs strengthened this summer.

Laurent Koscielny is trying to force a move back to France while Shkodran Mustafi has proven to be a disastrous signing so Arsenal desperately need a top class centre-back to help tighten-up our leaky back four.