Chelsea: Transers The Only Way to Revive The Clubs Fortunes? 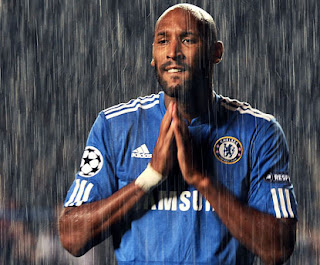 FRUSTRATION. The only word which can describe the emotional or mental state of every Chelsea fan around the world seeing their beloved team going down day by day week by week.

I don’t buy into the idea of some football pundits that the stuttering results of Chelsea are due to the sacking of Ray Wilkiins. He was a fun loving person who was kind of a glue which held all Chelsea players and staff together. A kind of person every Chelsea player can go to and have a chat or talk about anything whether related or not about football. A friend, philosopher and guide, cliché.

Certainly sacking Ray in such disrespectful manner didn’t put a good image of the club in public. Certainly the players and the backroom staff would have been gutted to see him leave. But I just don’t agree that sacking Ray has resulted into poor run of form for over 5 months. Whoever thinks such is just sheer stupid and hopeless, I think.

There is more than one element responsible for such poor run of form. Injuries to key players, age starting to show on most of the players, virus infections to Didier which has made him look miserable sometimes and partly lack of vision shown by Ancelotti to change things during the game when the things aren’t going for you.

The two formations that Chelsea play are mostly 4-3-3 or the diamond formation. Though the formations have given tremendous results, but at the same time it has made Chelsea very predictable especially against the decent and good oppositions. Many times I have observed Carlo sticks by his formation for the entire game even if things aren’t working out unlike Sir Alex or Mr. Wenger who radically change their systems during the game if they realize that their previous system set prior to the game is not responding on the given day.

Age factor certainly comes second on the Agenda. Half of the team is well past their 30s or are approaching 30s. Even though Carlo doesn’t admit that today 30s is not old due to improved medical and physical therapies, but when you see the likes of Drogba, Anelka and Malouda perform this season, you can say that is not entirely true.

I think the time has come over major overhaul of the squad in summer. Whether that is to be done by buying from the market or promoting players from the academy or by combination of both is for Chelsea Boardroom to decide. Unlike some of the panicking media statements coming in recent days that Chelsea needs to buy 5 players, I don’t think we need to buy that many. According to my view, we need to sign only 2 players. One a creative midfielder and one winger.

The players that should be sold in the summer are Ferraira, Hilario, Anelka and Malouda. I just don’t understand why have Chelsea kept Hilario for so many years. He hardly plays any games. Ferraira for me at 32 has lost his speed and stamina. The opposing wingers walk past him and clearly he should be sold in the summer. Anelka will be 32 this month and don’t think can contribute much next season as he is not getting any younger. Reports already say he looking to join some MLS club. I just hope he does exactly the same in the summer.

The form of one player that has surprised me a lot is Malouda. He was our player of the season last year. He really improved under the tenure of Guus Hiddink and carried that form onto the Double winning season under Ancelotti. What more, he started well this season too and was our leading scorer until September. But since Chelsea started to fade away from start of October, Malouda has faded away by equally alarming rate. Its real dilemma whether to keep him for one more season in the hope that he will revive his form or whether to sell him and sign the likes of Alexis Sanchez or Eden Hazard as his replacement. When I give it a thought, I feel the second one is the better option.

I don’t think we need replacements for Hilario, Ferraira and Anelka. Sturridge is doing exceptionally well at Bolton and Chelsea will be stupid to not play him regularly next season onwards. Ross Turnbull comes in for Hilario as regular under-study to Cech and David Luiz who can play in 5 positions can play at right back in place of Ferraira whenever Bosingwa and Ivanovic aren’t available.

As I said we desperately need to sign one creative midfielder not only for next couple of seasons but one as a Lampard replacement. Three names spring to my mind. First and foremost, Napoli’s Marek Hamsik, ditto next Lampard (box to box player), then Palermo’s Javier Pastore and finally Lyon’s Miralem Pjanic. All three are equally good, and we need to sign at least one of them as our Lampard successor.

So that makes it 4 go out and 2 come in. So unlike some stupid media comments that Chelsea needs to sign 5 players, I think we need to sign only two players.

What is your say…