Liverpool are set to sign former West Ham goalkeeper Adrian as a replacement for Simon Mignolet following his move to Club Brugge, according to reports

We’re now at the business end of the summer transfer window and managers are working hard trying to strengthen their squads so we’ll bring you all the latest news and gossip from around the world. Here, Liverpool are set to sign Adrian… 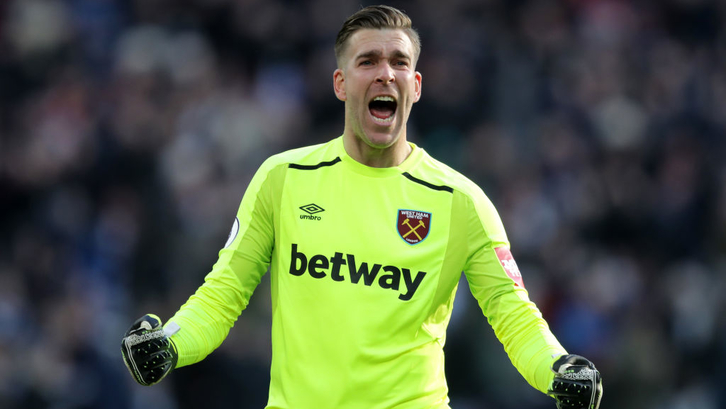 Liverpool are set to sign former West Ham goalkeeper Adrian as a replacement for Simon Mignolet following his move to Club Brugge, according to the Telegraph.

Mignolet’s future at Anfield has been in doubt ever since he lost his first team place following the arrival of Alisson Becker last summer and the 31-year-old informed Jurgen Klopp he wanted to leave this summer in search of regular football.

After being an unused substitute during Liverpool’s Community Shield penalty shoot-out defeat to Manchester City on Sunday afternoon, Mignolet travelled straight to Belgium to wrap-up a move to Club Brugge last night.

The Telegraph claims the deal is worth an initial £6m but it could rise to £8m with performance-based add-ons and Klopp has acted quickly to find a replacement after reluctantly allowing Mignolet to leave.

The Telegraph are one of several media outlets who’re reporting that Liverpool are putting the final touches on a deal to sign Adrian on a free transfer after he left West Ham following six years with the London club.

As a free agent, the Adrian deal should be relatively straight-forward and Liverpool should get it done in time for the 32-year-old to be available for Friday night’s Premier League opening against Norwich City.

Adrian will be a dependable back-up for Alisson and he has plenty of experience playing in English football so won’t need any time to adjust to life in the Premier League once he complete this proposed move to Anfield.

The Spaniard made 150 appearances for the Hammers but left when his contract expired at the end of last season after losing his first team place to Lukasz Fabianski and it looks like he’s jumped at the chance to join the European champions.

As long as there are no late complications, Adrian will become Liverpool’s third signing of the summer following the arrivals of youngsters Sepp van den Berg and Harvey Elliott.