We’re now at the business end of the summer transfer window and managers are working hard trying to strengthen their squads so we’ll bring you all the latest news and gossip from around the world. Here, Man Utd are linked with Moussa Dembele… 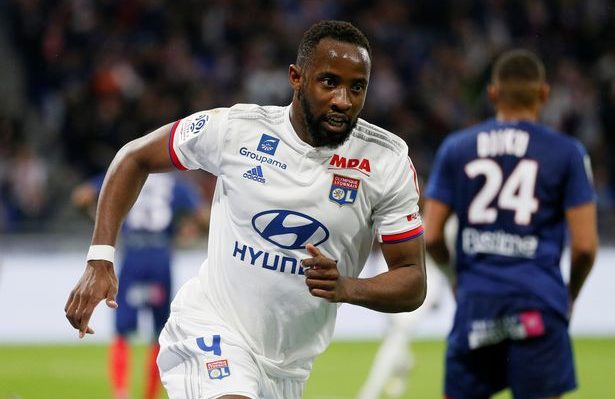 Manchester United have made an offer for Lyon hitman Moussa Dembele as Ole Gunnar Solskjaer looks to replace wantaway striker Romelu Lukaku, according to Yahoo Sports journalist Manu Lonjon via The Sun.

Lukaku is currently back in Belgium training with Anderlecht as he tries to force a move away from Old Trafford this summer with the likes of Juventus and Inter Milan strongly linked with a move for the 26-year-old.

It looks increasingly likely that Lukaku will leave this summer so Solskjaer needs to bring in a replacement before the transfer window closes on Thursday evening and it appears the United boss is eyeing a move for Dembele.

The French U21 international has been linked with a move to United this summer with the Mirror carrying a report from L’Equipe back in June that claimed Man Utd were favourites to sign Dembele after holding talks over a possible £35m [€40m] deal.

The speculation died down over the past few weeks as United pursued a deal for Paulo Dybala but with that proposed transfer going nowhere, it seems Solskjaer has turned his attention back to Dembele.

The Sun are citing Yahoo Sports journalist Manu Lonjon as saying that Man Utd have submitted an offer for the 23-year-old Lyon hitman as they desperately try to find a replacement for Lukaku before the window closes.

It’s not made clear how much United’s bid is worth or whether Lyon have responded to it but Dembele would be an interesting signing for the Manchester giants if they could get a deal agreed.

The Frenchman scored 23 goals during his first season in Ligue 1 having joined Lyon following an impressive spell at Celtic which saw him contribute 51 goals and 18 assists in just 94 appearances so he’d certainly provide an added threat in the final third.

We’ll have to wait and see how things develop but it looks like Lukaku is heading for a move away from England this summer and Dembele could be lined-up as his replacement if United can agree terms with Lyon.

If he moves to Old Trafford, the striker would become United’s fourth signing of the summer window following the arrivals of Daniel James, Aaron Wan-Bissaka and Harry Maguire.