Chelsea will be looking to get back to winning ways in the Premier League when they take on Brighton & Hove Albion at Stamford Bridge on Saturday afternoon.

The Blues have had a mixed last few games as they lost at home to Valencia in the Champions League and went down 2-1 at the Bridge to Liverpool last weekend before bouncing back with an impressive 7-1 demolition of Grimsby in the Carabao Cup on Wednesday night.

However, boss Frank Lampard will be keen to build some momentum in the Premier League as Chelsea head into the weekend action sitting 11th in the table having won just two of their six games so far this campaign.

The west Londoners will take on a Brighton side who are winless in the league since the opening weekend of the season and lost 3-1 at home to Aston Villa on Wednesday so Graham Potter will be hoping to get back on track by causing an upset tomorrow afternoon.

Chelsea are set to welcome Andreas Christensen back into the squad after he recovered from a knock while Olivier Giroud is also set to return after missing the Grimsby game due to illness.

Callum Hudson-Odoi and Reece James are in contention after making their injury comebacks in midweek but they may have to settle for places on the bench as Lampard may want to ease them back into action.

However, Antonio Rudiger, Emerson Palmieri and Ruben Loftus-Cheek remain on the sidelines due to injury and Lampard is expected to make a number of changes with several key players recalled after being rested against Grimsby.

As for Brighton, they’ll be without Shane Duffy after he picked up a calf injury in midweek while Leandro Trossard, Solly March, Bernardo, Jose Izquierdo and Ezequiel Schelotto remain on the sidelines. 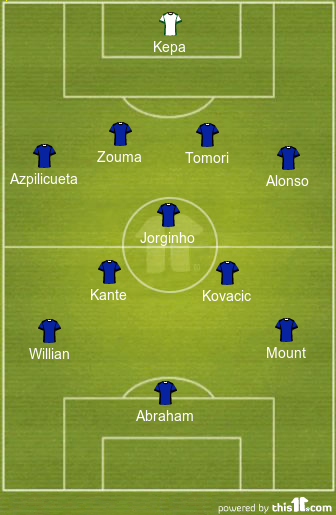 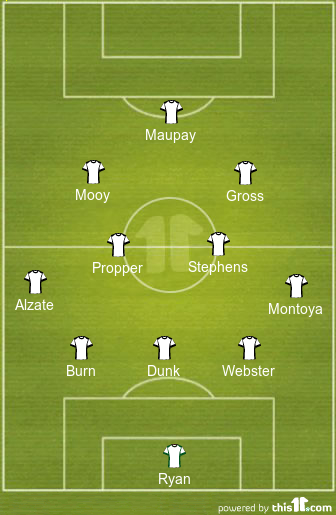 Chelsea 2-0 Brighton: The Blues have won all eight of the previous meetings with Brighton and are the heavy favourites to claim all three points tomorrow despite a poor home record so far this season that’s seen them fail to win any of their games at Stamford Bridge. Chelsea have also failed to keep a clean sheet so far this campaign but I think all that will change this weekend as I’m backing Lampard’s men to ease to a routine 2-0 win over Brighton.