Chelsea get back to Premier League action when they take on Southampton at St Mary’s on Sunday afternoon.

The Blues picked up an important away win over Lille in the group stages of the Europa League on Thursday night as they bounced back from their disappointing defeat to Valencia just over two weeks ago.

However, attentions must now turn to domestic matters as Chelsea look to build on last weekend’s routine win over Brighton – which was Frank Lampard’s first league victory at Stamford Bridge since arriving as manager in the summer.

Chelsea currently sit ninth in the Premier League table having won just three of their seven games so far but victory on the South Coast tomorrow would see them move level on points with third-placed Leicester.

However, Southampton are also desperate for points as they look to move clear of the relegation zone with the Saints just one point clear of 18th place so this won’t be an easy game for Chelsea.

Lampard will assess N’Golo Kante after he returned from an ankle injury in midweek but the Frenchman is expected to be passed fit to retain his place in the Chelsea midfield tomorrow afternoon.

Ruben Loftus-Cheek remains out with an Achilles injury while Emerson Palmieri (thigh), Antonio Rudiger (groin) are also still on the sidelines.

As for Southampton, they’ll be without Cedric Soares due to a muscle injury that he sustained last weekend while Moussa Djenepo is also ruled out with a hip injury. 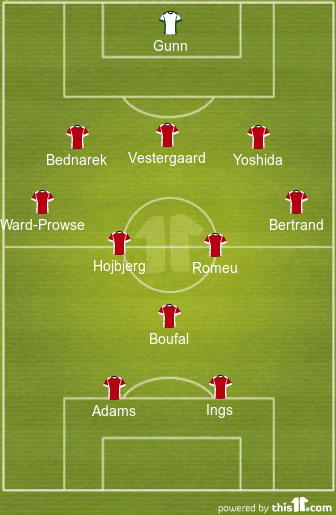 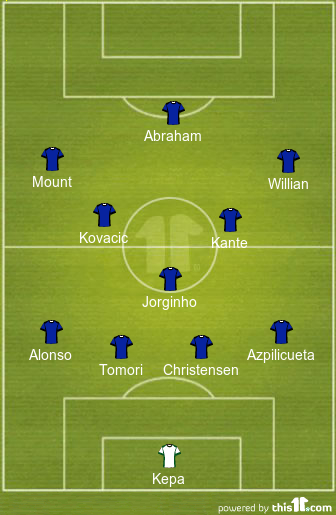 Southampton 1-2 Chelsea: The Blues have lost just two of their last 20 meetings with Southampton and they’ve won nine of their last 12 trips to St Mary’s. In addition, Southampton have won just once at home in the Premier League this season, so Lampard should be confident of coming away with all three points.

Chelsea youngsters Tammy Abraham and Mason Mount will be looking to impress after being called up to the England squad and while I do think Southampton will make a good game of it, I think the visitors will just do enough to edge it tomorrow.