This is our match preview ahead of Chelsea’s Carabao Cup clash with Man Utd at Stamford Bridge including team news, line-ups and prediction

Chelsea welcome Manchester United to Stamford Bridge tonight as the Premier League giants prepare to face-off in the fourth round of the Carabao Cup.

The Blues will be out for revenge after suffering a humiliating 4-0 defeat at the hands of United on the opening weekend of the season but the two clubs fortunes have gone in opposite directions since the game at Old Trafford.

Chelsea come into tonight’s match off the back of an impressive seven-game winning run in all competitions with Saturday’s 4-2 win at Burnley cementing their position in the top four of the table.

However, Man Utd’s season hasn’t gone to plan since they thrashed Chelsea back in August as Ole Gunner Solskjaer’s side endured a tough run of form that saw them slip down the table and at one stage they were just two points above the relegation zone.

United have bounced back over the past week as they got a solid point against Liverpool before beating Norwich 3-1 at the weekend so Solskjaer will be keen to build some momentum with another positive result in west London.

Chelsea will once against be without Antonio Rudiger as the centre-back is still working his way back to full fitness from a groin injury while Andreas Christensen is also on the sidelines with a muscle issue.

N’Golo Kante won’t be risked as he continues to recover from a groin complaint while the likes of Kepa Arrizabalaga, Cesar Azpilicueta, Mason Mount and Tammy Abraham are expected to be rested tonight.

Man Utd will once again be without the services of Paul Pogba as he’s still out with an ankle injury while Luke Shaw, Nemanja Matic, Diogo Dalot and Eric Bailly are also still on the sidelines.

Youngsters James Garner and Brandon Williams are tipped to start while the likes of Sergio Romero, Phil Jones, Juan Mata and Jesse Lingard are expected to come back into the side with some key players rested. 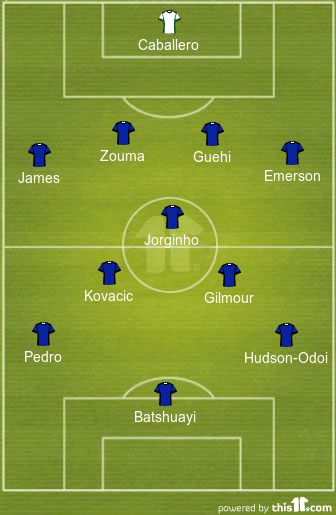 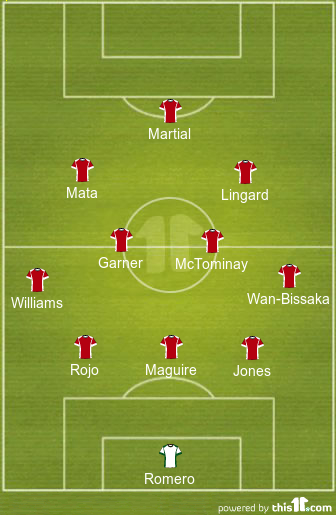 Chelsea 2-1 Man Utd: This should be an interesting match-up as Chelsea have won 10 of their last 11 League Cup games at Stamford Bridge while Man Utd have won six of their last seven League Cup meetings with Premier League opposition, so somethings got to give. Both teams are expected to field teams mixed with youth, experience and fringe players so it should make for a good contest. However, I think being at home will give Chelsea the vital edge so I’m backing them to seal a narrow win over Man Utd tonight.