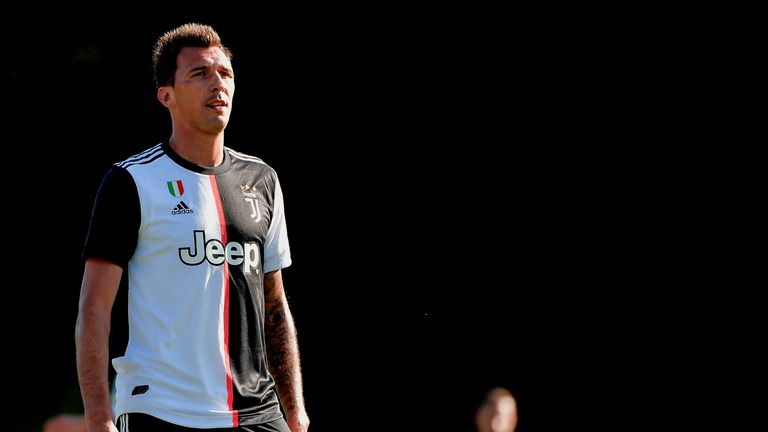 Mario Mandzukic is desperate to secure a move to Manchester United as soon as possible after Juventus chiefs flew to England for transfer talks this week, according to various reports.

Mandzukic was reportedly a target for Ole Gunnar Solskjaer back in the summer as the United boss looked to bring in a target-man to replace Romelu Lukaku following his move to Inter Milan.

A deal failed to materialise and Mandzukic ended up staying in Turin but he’s endured a nightmare season as he’s yet to make a single first team appearance for Juventus after being frozen out by Maurizio Sarri.

The 33-year-old is now hoping to secure a move away from the Serie A giants and TuttoSport claims Mandzukic is desperate to seal a move to Manchester United as soon as possible after deciding he wants to build a new life in England.

The Italian outlet says Mandzukic is keen to start training with United in December and get settled ahead of an official move on January 1st as long as terms over an agreement with Juventus can be reached over the coming days.

On Thursday the Daily Mail cited a report from the newspaper version of La Stampa that claimed Juventus sporting director Fabio Paratici flew to England to hold formal transfer talks with Man Utd over a possible £13m deal for the striker.

Sky Sports claim reports in Italy suggest an agreement was reached but they don’t provide any firm details – although the news outlet does confirm that Man Utd are interested in signing Mandzukic this winter.

We’ll have to wait and see how things develop but it appears the former Croatian international hitman could be heading to Old Trafford in January as Solskjaer looks to strengthen his options up front for the second half of the season.

Solskjaer has had to rely on Marcus Rashford for much of the season so far as Anthony Martial has struggled with injury issues while teenager Mason Greenwood has also been introduced into the first team fold.

However, United could certainly do with another top class option through the middle and Mandzukic would be a decent short-term fix as he has bags of experienced having played for the likes of Bayern Munich, Atletico Madrid and Juventus during an illustrious career.

Mandzukic scored 10 goals in 33 appearances to help Juve win the title last season and he’d give Solskjaer something different up front if United were able to get a deal in place to land him in the January window.