This is our match preview ahead of Chelsea’s Premier League clash with Aston Villa at Stamford Bridge including team news, line-ups and prediction

Chelsea will be desperate to get back to winning ways when they take on Aston Villa at Stamford Bridge this evening.

The Blues were enjoying a fine run of form under Frank Lampard but things have gone off the rails in recent weeks as Chelsea are winless in their last three matches in all competitions.

After losing to Manchester City, Chelsea drew away to Valencia in the Champions League last week before going down 1-0 at home to West Ham on Saturday so Lampard will be demanding a response from his players.

Back-to-back league defeats have left Chelsea sitting fourth in the table but with the likes of Arsenal and Tottenham in hot pursuit, the west Londoners cannot afford another slip-up this evening.

However, Chelsea will be up against a Villa side that should be in buoyant mood as they followed up a 2-0 win over Newcastle with a 2-2 draw at Manchester United on Sunday so they’ll be hoping to take home a positive result tonight.

Chelsea have confirmed they will make a late decision over Tammy Abraham after he missed the defeat to West Ham with a minor hip injury but Lampard is hopeful the striker will be fit to return.

Ross Barkley remains out as he continues to recover from an ankle injury while the game also comes too soon for Antonio Rudiger as he’s still a week away from match fitness having recently returned to training from a knee injury.

Callum Hudson-Odoi, N’Golo Kante, Cesar Azpilicueta and Willian are all pushing for recalls but Ruben Loftus-Cheek remains on the sidelines with a serious Achilles problem.

Villa will be without Frederic Guilbert as he’ll serve a one-match suspension while Jed Steer, Keinan Davis and Jota are all out through injury. Anwar El Ghazi is a slight doubt after limping off against United. 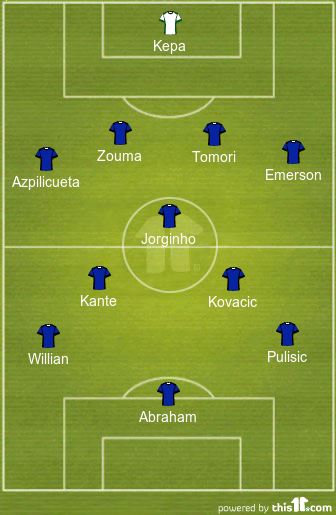 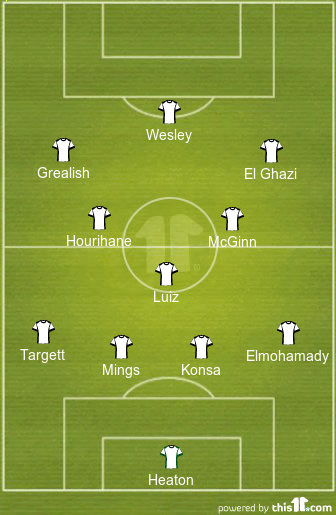 Chelsea 2-1 Aston Villa: Chelsea’s defeat at home to West Ham will be a concern to Lampard as it’s a game they should have won so he’ll be expecting a much improved performance tonight. The good news is the Blues have an excellent recent record against tonight’s opposition as they’ve won their last four league games against Villa at Stamford Bridge. I do think the Villains will give Chelsea a good game but expect the hosts to edge it.