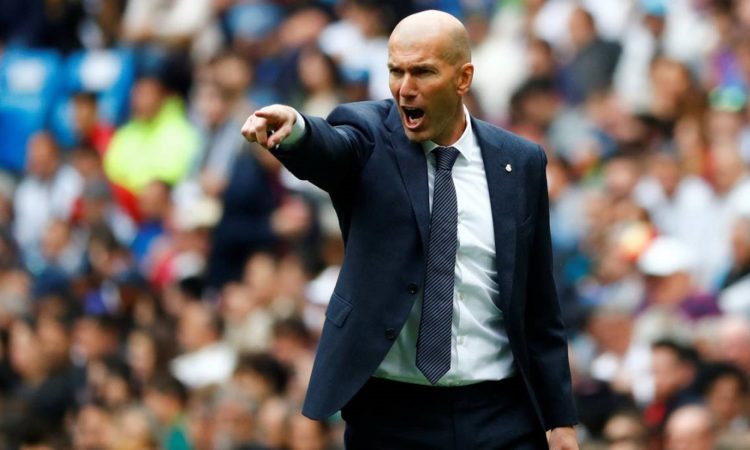 Real Madrid have finally returned back to winning ways domestically, as they landed the La Liga for the first time since 2017, following two seasons of failing to finish in the top two. The different La Liga betting markets all had Barcelona as the overwhelming favourites prior to the season. That is little surprise, as they had won each of the last two in succession. Despite this, there was still a lot of support for Real Madrid, with punters picking up the numerous bonus offers available and football betting tips on the site. This largely coming down to the return of Zinedine Zidane as the manager.

Zidane returned to Madrid following a previous spell between 2016 and 2018. That saw him lead the side to an 11th Champions league title in his first season, whilst also only missing out on the domestic title by just one point to Barcelona. The following season was his first full campaign managing the side. This was one of major success, as they won a 33rd La Liga title, whilst also surpassing the record of 39 unbeaten matches, that was set by Barcelona just a few years previous. On top of this, Zidane led the side to win back to back Champions league titles. That being the first time this has ever been achieved. This also meant he was awarded the Best FIFA Men’s Coach award in 2017.

By the latter stages of 2017, Zidane had won his eighth trophy at the club with a victory in the 2017 FIFA Club World cup in the UAE. On top of this, Madrid won the Champions league for a record breaking third time in succession, beating Liverpool 3-1 in the final. The latter of course then going on to win the following season. This was the first time any side had won the title for three years in succession and further cementing the incredible job that Zidane had done.

Following this, he left the role as manager and there was an instant decline. The 2017/18 season was the first and Real Madrid finished down in 3rd on just 76 points. That means they finished with 17 less points than their previous title winning season and 17 points behind title winners Barcelona. It was also a similar disappointing loss in the Champions league, as the winning run was ended.

The poor form followed in the 2018/19 season, with Real Madrid again finishing in 3rd. This time they only picked up 68 points, whilst also losing 12 La Liga matches. It meant they finished 19 points behind Barcelona, who again landed the title. It was another example of just how far behind Real Madrid had dropped since Zidane’s departure.

Change was needed and the club brought him back to take over as the manager. The impact was instant and he led them to another title this season, as they finished five points clear of Barcelona, whilst also losing just three La Liga matches all season. Numerous records were broken in the process, that includes the side finishing with their best defensive record in 30 years. This victory for Madrid has been remarkable and the impact that Zidane has again had at the club is incredible. Something that has not gone unmissed from sporting outlets around the world.

Real Madrid have now returned to the head of Spanish football, winning their record breaking 34th title. It now appears to be a bright future ahead for the club, with more trophies expected under Zidane at the helm.