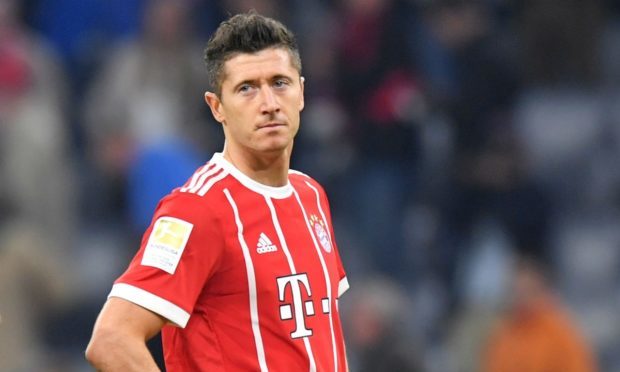 Lyon will face the mighty Bayern Munich at the Estadio Jose Alvalade stadium tonight in the semi-finals of the Champions League.

Bayern humiliated Barcelona 8-2 in the quarters so it’s no surprise they are heavily fancied to progress to the final where they’d face Paris Saint-Germain after the French outfit thrashed RB Leipzig last night.

The German champions were many people’s favourites to win the competition even before the Barca thrashing but it’s difficult to see anyone stopping them if they produce another performance like the one from Friday night.

However, Lyon shouldn’t be underestimated as despite finishing seventh in Ligue 1 last season, they stunned Manchester City in the last round to progress thanks to a hugely impressive 3-1 victory over Pep Guardiola’s men.

Former Celtic striker Moussa Dembele was the star as he scored twice to sink Man City and boss Rudi Garcia will be eyeing another scalp having previously knocked out Juventus in the last-16.

The majority of Betting Sites have Bayern priced as the heavy 1/14 favourites to progress to the final tonight. The German’s are also 1/4 to win inside the ninety minutes. Lyon on the other hand are 7/1 to reach the final while you can get odds of 10/1 on them winning inside regular time. The draw can be backed at 6/1.

Bayern Munich are capable of destroying any team on the planet and have so much attacking talent it’s difficult to see past a routine win for the German giants. There should be plenty of goal mouth action so over 3.5 goals at odds of even-money is a tempting bet.

Lewandowski is hotly tipped to continue his scoring streak and you can back the Pole to open the scoring tonight at odds of 2/1. A 3-1 Bayern win is available at 8/1 and if you add Lewandowski as first scorer we can get excellent odds of 32/1.

Bayern will welcome Benjamin Pavard back into contention after he recovered from an ankle injury but Joshua Kimmich could keep his place at right-back as Hansi Flick is unlikely to make too many changes from the side that dismantled Barcelona.

Robert Lewandowski will once again lead the line up front for Bayern and the Polish hitman will be looking to score in his ninth consecutive Champions League game this evening.

Dembele is expected to be handed a start following his heroics off the bench against City so Karl Toko Ekambi is the man set to drop out for Lyon. Maxence Caqueret is likely to keep his place in midfield.

Bayern Munich are in formidable form right now having won 24 of their last 25 matches in all competitions and I can’t see anything other than another win tonight. Lyon did superbly well to see off Juve and City but I think they’ll meet their match this evening.

Bayern Munich to reach the final with a 3-1 win over Lyon.