Mustafi Move Likely to be On Hold Amid Gunners Injury Crisis 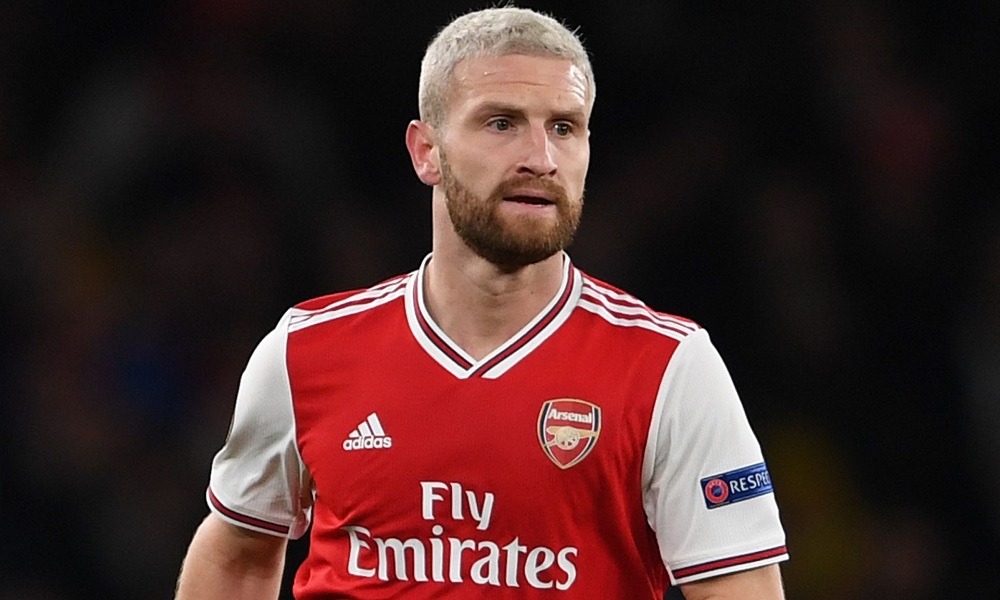 Shkodran Mustafi who was previously earmarked to leave Arsenal during the January transfer window, now looks set to stay and finish the final six months of his contract. The centre back, who has largely found it difficult to force his way into the starting eleven at the club, was interesting clubs such as Barcelona with Arsenal seemingly happy to get him off the wage bill this month.

However, Arsenal are now looking very thin at the back with Gabriel and David Luiz injured, Sokratis Papastathopoulos likely to be sold, and William Saliba out on loan. Despite initially wanting to remove the reportedly high wages of Mustafi, it now seems that Arteta is planning to have Mustafi hanging around until the end of his contract.

Gabriel is on the verge of returning from injury but with so many games coming up and with the potential for more injuries, Arsenal are not likely to want to risk losing another defender right now. They could potentially receive a small fee for Mustafi if they were to sell in January but it looks like they are happy to forgo that fee in return for more depth at the back.

Mustafi was interesting a number of clubs around Europe. The centre back, bought by Arsenal for £35 million back in 2016, has recently been linked to various clubs in Italy, Spain, and Germany. Most recently, Napoli have admitted an interest in the centre back who will be out of contract in the summer.

As mentioned on numerous football news sites such as 101greatgoals sports news, Arsenal’s defensive woes have been handed a further set as Kieran Tierney, the left back that has been a revelation this season, was out injured against Crystal Palace on Thursday night. Citing a muscle injury and the need for an MRI scan, Arteta stated that he has no idea when Tierney would be back in the starting eleven.

Bought for £25 million from Celtic in 2019 and already with 16 Scotland caps to his name at the age of 23, Tierney has struggled with injuries throughout his Arsenal career. He has kicked on this season and has become an integral part of the team not only for what he adds at the back but also going forwards. He has become an important member of the first team and one that Arteta will be hoping will return as quickly as possible.

While Arsenal will bemoan their luck with injuries at the back, they will be happy to see the return of winger Gabriel Martini who could be fit to play Newcastle on Monday. The player pulled up during the warm-up for an FA Cup tie against the same club and it was feared the injury could be serious.

In tears and obvious pain on the touchline, the player and his manager were concerned about how serious the injury could be. He was sent for a scan the following morning and results have fortunately shown that the injury was not as bad as first feared. That scan revealed that the ankle did not receive any damage and therefore Martinelli would return earlier than first thought.

The winger, who has been in fine form recently, was not ready to face Crystal Palace last night but is expected to be in contention for all upcoming fixtures.

Along with the returns of Thomas Partey and Gabriel, Arteta and Arsenal will be delighted to have Martinelli available for selection. They have missed his pace and creativity which was summed up in the 1-1 draw with Crystal Palace on Thursday night.