FC Barcelona host Arsenal this evening in the Champions league, in what promises to be one of the most entertaining matches in the tournament. The Gunners go to Spain with a 2-1 win at the Emirates, but facing the Spanish Champions on their home turf will not be easy, and every Gooners is fully aware of it.

RVP made a shock trip to Spain and is in line to play some part tonight if he passes a late test. Theo and Song will miss the clash at the Nou Camp. Fabregas will play. 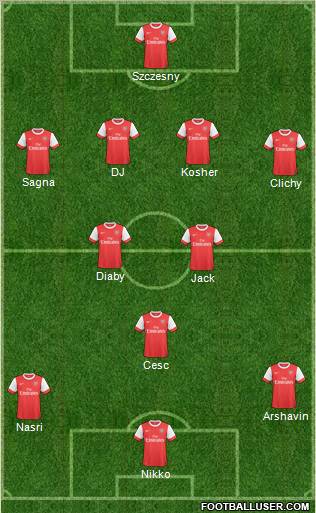 If Arsenal have to beat Barcelona it has to be on the counter-attack. It’s as simple as that. Having an agg. lead over the reigning spanish champions will definitely force them to attack. So we don’t have to be clever, rather just go for the kill. The crucial thing here is who is going to get the first goal. That first goal will decide everything.