The Up & Down Life Of Being A Liverpool Supporter 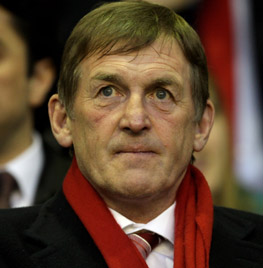 After the scintillating brilliance of our performance v Man Utd on Sunday, it was back to the mid-table, Roy Hodgson style mediocrity of a soul-less and dispiriting performance against Sparta Braga.

A 1-0 defeat was a bit harsh on this Liverpool team, yet it was scarcely more than the team deserved. Liverpool were set out to do a job defence and midfield with Poulson and the youngster Spearing asked to do the pressing and holding in midfield. But the tactics and the players failed to adapt.

Time after time a pass wass misplaced, a tackle was missed and an opportunity was lost by Liverpool. Our ineptitude was shown by the early penalty given away by Kyrgiakos when the Braga player was running away from goal, a foolish tackle by him. Liverpool looked listless and leaderless throughout the game, missing Steven Gerrard through injury, nobody came forward to lead the team and we looked pretty rudderless throughout.

The inroduction of £35 million man Andy Carroll in the 56th minute stirred Liverpool into life and we began pinging in high balls to him which he met well on every occaision, without scoring a goal though. Joe Cole had another poor game although he shud have had a penalty when he was brought down in the box, otherwise, he was ineffectual again.

“Nobody can be pleased with the performance or the result. We won’t be able to assess if we have contributed to our downfall until Thursday night.”

Kenny was quoted as saying after the game, he must wonder, as I do, how his team can go from being brilliant v Man utd on Sunday to being abject on Thursday.