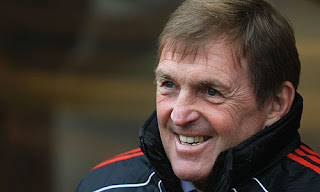 At last!  Kenny Dalglish has been endorsed by owners the Fenway Group under John W Henry by being given a permanent two-year contract, according to various reports today.

Good news all around as the issue was beginning to fester around the club as each day and result went by. The club’s new owners are now also likely to release substantial funds in the Summer for the addition of new players to bolster the midfield and flanks. Congrats and well done Kenny!