Is Nuno Espírito Santo the answer for Spurs?

After an excellent start to life in north London, things have turned sour for Nuno Espirito Santo at Tottenham. Is he still the right man for the job? 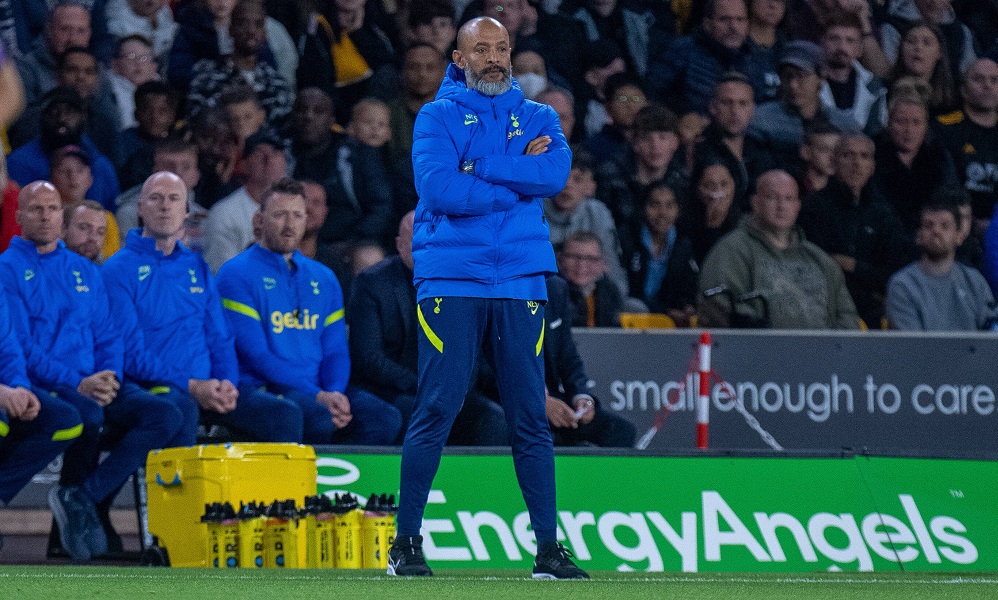 Nuno Espírito Santo’s career as the coach for Tottenham Hotspur couldn’t have started much better than it did. Three games into the season, Spurs found themselves top of the table, with nine points and as many clean sheets as there had been games. The great start to the Premier League season even ended with Nuno receiving the award as manager of the month in August.

Then came the international break, and as we all know, everything changes quickly in the world of football. Now, a lot of people are asking whether Nuno is the right man for the job at Spurs, after all. Both fans and bookies seem sceptical about Spurs, and if we take a look at Betting.se – Swedens largest betting community – the consensus seems to be that this will be another mediocre season for the North London club.

Few, if any of the larger betting companies (in both Sweden and other markets), expect Spurs to be among the top four when the season concludes.

Is Nuno more of the same?

When Spurs arrived at Selhurst Park for their game against Crystal Palace after the international break, most of the positivity the club went into the break with was long gone. Several of the club’s South American players were ineligible because of quarantine protocols, and quite a few returned from the World Cup qualifiers with their national teams, carrying injuries.

Then there was the actual game against Crystal Palace, which made things looking even bleaker for the lilywhites. Spurs were utterly lacklustre against their London rival, lost with three goals, and barely created anything going forward all game. The abysmal display may have fuelled many fans’ fear that Spurs could have appointed another José Mourinho in Nuno Espírito Santo.

The appointment of Nuno did not instil a lot of confidence in the chairman’s promise among Tottenham supporters since Nuno, in the last couple of years, has been known to promote a more conservative style of football.

Worrying stats for Spurs and Nuno

Despite managing to start the season with nine points in four games, many Spurs fans have come out to criticize Nuno after the Palace game for being what they feared he would be: another defensively-minded coach who fails to live up to the Spurs ethos, “To dare is to do.”

The Premier League season is still in its cradle, and it would be wise to give Nuno more time before judging him, but the stats from the first four games are rather damning. At least for those hoping for that “free-flowing, attacking and entertaining” football under the new coach.

According to Fbref.com, Spurs’ attacking stats are among the worst in the league. The team has also only managed to score one goal from open play, and apart from their opening game to Manchester City, the performances haven’t really indicated that more goals are about to come.

The jury is still out on Nuno Espírito Santo, and he should be given time, but he has to convince the supporters that he has a plan for the team’s attack, sooner rather than later. If he fails to do that, he could very well become another Mourinho in the eyes of Spurs supporters.