Who is the best European footballer right now? The answer might never be resolved, and the experts don’t seem to agree either, but we’d like to give it a try. 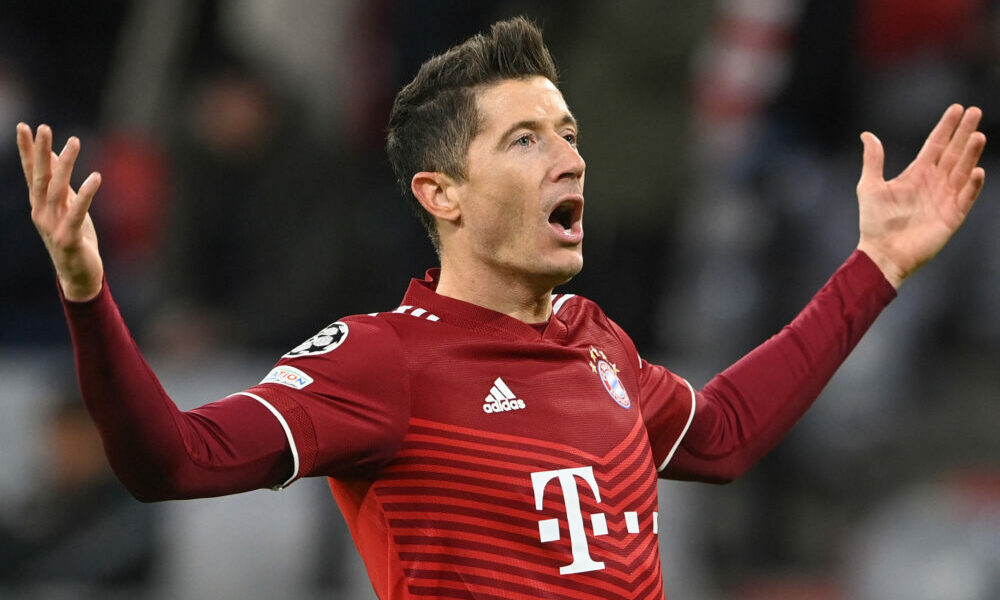 Who is the best European football player right now? The answer might never be entirely resolved, and the experts don’t seem to agree either, but we’d like to give it a try. We know a lot of you will disagree with us, especially considering one of the big stars, Cristiano Ronaldo, is not on this list.

Based on the trophies, league strength, raw stats, unquantifiable magic, and several other factors, we carefully compared their performances to create this list. These stars are likely to be favourites for the bookmakers as well as football fans all over the world. If you like to take part in the action without breaking the bank, you can find a 1 Euro deposit casino here: https://casinotop3.com/1-euro-deposit-casinos/.

Without further introduction, let’s take a closer look at the top 5 European footballers so far during 2022.

Robert Lewandowski is undoubtedly one of the most in-form players in the world at the moment, and he has been for a quite while. It’s almost a travesty that he hasn’t won a Ballon d’Or in his wild career.

The Polish legend possesses a well-balanced portfolio of speed, strength, and technical aptitude, and his boxing movement is superb. His positioning is always spot on, and there is no one you would rather put your trust in a one-to-one situation.

We understand that raw data aren’t everything, but let us leave you with some steaming Lewandowski data to chew on. So far, he has scored 328 goals during 357 games for Bayern Munich, including 41 Bundesliga goals in just 29 games during the last season. On average, he has scored more than one goal per game this season.

De Bruyne may be the world’s best footballer today in terms of the whole package. And by that, we mean the raw skill-set, technical ability, physical attributes, and mental tenacity in which he truly excels.

He is the best football crosser in Premier League history, with some of the most spectacular passes you’re ever likely to watch. He can pull nets from their stanchions as well as create goals.

De Bruyne’s surprise pace and physicality separate him apart from the pack of comparable players. The Belgian is much stronger than you might anticipate, not to mention he is a quick mover with the football fully charged.

Kylian Mbappe is a likely candidate for the title of the “greatest player in the world.” The top four players on the list are all 29 or older, opening the path for the Frenchman to reign supreme for years to come.

He has the acceleration of a leopard, and at the young age of 23, he has scored 88 goals in 100 league games for the PSG, plus 24 goals in 53 matches for France.

If Mbappe is charging at you, all you can do is cry and plead for help. His close control is unrivalled, and his clinical finishing skill is the cherry on top.

With his young age of just 21, Erling Haaland is likely a name that will top our list in a few years.

Haaland has been nothing short of spectacular during his few years as a professional football player. He was an outstanding performer for Red Bull Salzburg but made a real mockery of the Bundesliga in a Dortmund shirt during the 21-22 season. The Norwegian striker has recently transferred to Manchester City, where he surely will be one of the biggest stars in the next Premier League.

He is a 6’4″ powerhouse that few can contain. He has scored 72 goals in 71 league games in the two and a half seasons between the summer of 2019 and the start of 2022. He is destined for greatness.

We realize this one is very much up for discussion, but for all of Harry Kane’s struggles in 2021/22, he is simply one of the world’s best attackers and well-deserving of his seat at the table in terms of skills overall.

Kane has scored more than 20 goals comfortably in every season in which he has appeared in more than 30 Premier League appearances for Tottenham. Despite being handicapped by injuries in previous campaigns, he has nonetheless amassed significant numbers.

The England talisman, however, is more than just statistics. His passing range, technique, vision, and playmaking ability set him apart from almost any other striker on the planet. He is an incredible talent who deserves to be recognized.