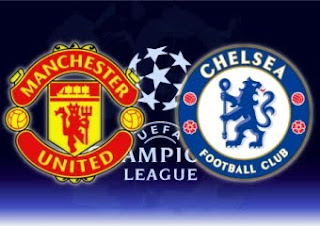 After the 1-0 loss against Manchester United in the Champions League first leg at Stamford Bridge, this is a do or die situation for Chelsea. To qualify for the Semi finals Chelsea need a win.

Jose Bosingwa, who missed the weekend fixture against Wigan due to illness, has recovered and rejoined the squad for the journey to Manchester United on Monday. Chelsea have nearly a fully fit squad to select from, Carlo Ancelotti will reveal his team selection later.

Wayne Rooney and Rio Ferdinand both will be available for this fixture after missing out on the weekend win over Fulham due to suspension and calf injury respectively.

Submitted by The Chelsea FC.