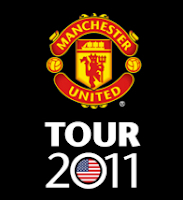 The official Membership and Supporters Club for the United States of America (One United USA) is excited to afford all supporters of the World’s Greatest Club access to our exclusive sections at FedEx Field in Washington, DC.

A limited number of tickets have been released to One United USA for their supporters and “Friends of the Reds” for the final time! The following special code will expire on Monday, April 25, 2011.

One United USA members allocation for 2011 MLS All-Star Game will be released to official members for the forthcoming 2011/2012 season on Friday, May 13, 2011 with a two-ticket, per-membership acquisition requirement to secure access to this high-demand match at Red Bull Arena on July 27, 2011.

One United USA will announce special events and the potential of open training sessions, likely in June, per agreement with the Club and will only be available to members of the USA Supporters Club on a first-requested, first-acquired basis. Membership does not automatically secure or guarantee acquisition of admission to matches or events.

There is a limit of ten (10) tickets per account. Includes FREE Parking with match ticket.

Thank you for your support of the official USA Branch, Membership and Supporters Club for Manchester United.