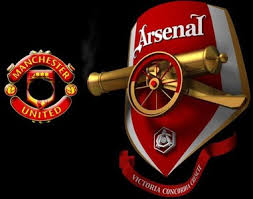 If you ever had to define a big match, well it’s this one. Arsenal vs Manchester United at the Emirates. Both teams will be looking for 3 points and in the process, Arsenal for pride, and United for a 19th title…

In all fairness, United do have a psychological advantage over us, as they have beaten us at the Emirates more than usual (Last season’s result was a 1-3 victory for them). But I have observed that Arsenal play well, when there is nothing to fight for so hopefully we should do well.

Abou Diaby and Vermaelen are out, despite the former coming through a full ninety minutes with the reserves. 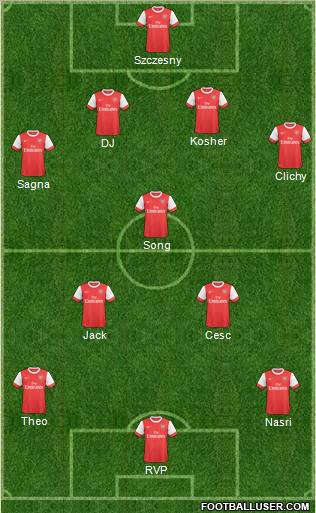 Pressurising United will be crucial for me, but at the same time we must be wary of their counter-attacking capabilities. If we lose the ball in the middle of the park, we should try and get it back as quickly as possible. In terms of our full backs going up, I would prefer that Clichy holds his position longer than usual to prevent the defense from getting stretched incase United throw us a counter-attack. RVP is in good form, so let’s just hope he maintains it with a performance.