Arsenal Opinion : Do you seriously want Arshavin to go…. because I don’t. 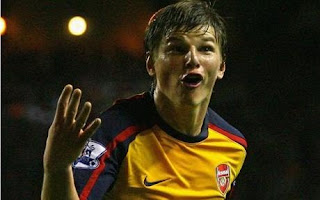 There have been many suggestions, rumors, gossip and such, surrounding the future of Andriy Arshavin and whether or nor he’s going to be a Gunner next year. Arshavin hasn’t had the best of years, especially after Russia failed to qualify to the World Cup in their shock defeat to Slovakia a few years back and in which Arshavin fully blamed himself in that defeat. Arshavin has looked disinterested in times, especially in the first half of the season, but he has in put in some really good displays lately and is beginning to look like the Arshavin of old.

Arshavin, when at his best, is a world class player and a match-winner. Arshavin made a huge impact, when the Gunners were struggling to secure top-four status a few years back and he was one of the main reasons why Arsenal remained in the top four with some very impressive displays, especially against Liverpool. The stats this season concerning Arshavin show that he has scored 6 goals and collected 11 assists in 33 appearances. This is quite impressive, in my opinion, for someone not at his best. Arshavin, at his best or not, still produces the goods and makes an impact. Arshavin is a very valuable player to the Gunners, he is a top quality player and I believe that, especially his last performances that he should and deserves to stay a Gunner.

Arshavin is a keeper, and at 29, he still has a few good years left in him. His experience and his quality stand out, he is a top player. Even when he’s not his best, he still makes an impact and tries to give it his all. Look at the way the Gunners play when he comes off the bench, he gives the opponent something to think about, with his skills and pace (remember his goals against Everton and Barcelona). I disagree with people saying that he’s useless and should leave, Arshavin is top-class and I believe that he deserves to stay, we need him. Form is temporary, class is permanent, and I believe that Arshavin will be back to his very best, very soon.

What do you think fellow Gooners? Is Arshavin a keeper or not? Does he deserve to stay as a Gunner? Do you think it’s unfair that he’s being placed on the bench?

Check out my blog at http://www.o-posts.net