Although Maxi Rodriguez grabbed his second hat-trick in three games, it is Luis Suarez who impressed the most tonight at Craven Cottage.The impish forward was full of industry and invention as he tormented Fulham for the entire game. He was involved in… 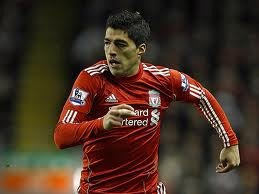 Although Maxi Rodriguez grabbed his second hat-trick in three games, it is Luis Suarez who impressed the most last night at Craven Cottage.

The impish forward was full of industry and invention as he tormented Fulham for the entire game. He was involved in every one of Liverpool’s attacksand caused havoc whenever he had the ball.

Liverpool opened the scoring on 32 seconds with a strike from Maxi Rodriguez, that was quickly followed by another goal by Maxi after 7 minutes with a nice sidefoot shot from a Suarez cross, then Dirk Kuyt tried a speculative shot which beat Swarzer at his near post to have Liverpool 3-0 ahead after only 15 minutes.

A dream start for the Reds who were passing and moving the ball with verve and closing down opponents with determination under Kenny Dalglish.

Liverpool endured an expected fightback at Fulham’s home ground and they got it in the early moments of the 2nd half when Dembele scored from the edge of the box, much to the annoyance of Pepe Reina who booted the ball into the stands and got a yellow card for his troubles.

However, Maxi soothed any Liverpool nerves on 70mins as he put a great shot passed Swarzer for his hat-trick and Liverpool led 4-1, game over, you might have thought. But there was more to follow, Steve Sidwell struck a fine shot from thirty yards on 74mins to beat Reina again, though Pepe kept his thoughts to himself this time. He need not have worried as a minute later, Suarez rounded the hapless Swarzer to sidefoot a goal he richly deserved for his all-action display.

So another great night for the Reds, if only Kenny Dalglish was made Manager last Summer, but then, thats another story…

Watch highlights from the game here