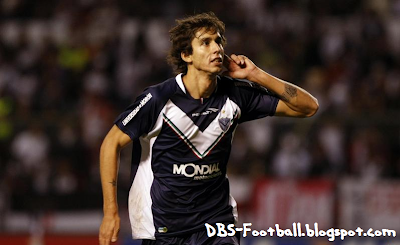 Arsenal have made their first signing of the summer with the bosman transfer of Ricardo Alvarez from the Argentinian club Vélez Sársfield, according to reports.

The 23 year old was born in Argentina, but has an Italian passport, and the left footed attacking midfielder has been likened to Barcelona’s star player and probably the best footballer in the world, Lionel Messi.

According to FoxSports, the player has signed a pre-contract agreement with Arsenal, allowing the player to join in June. A former Boca Juniors youth player, he has had a very good season at his current club Vélez Sársfield in the Argentina Primera Division.

He has only scored 4 goals in 36 appearances, but it his versatility that has attracted Arsenal’s eye. Apparently he can play in any position in the midfield, and although not an immediate starter would add depth to the Arsenal squad.

Wenger promised signings this summer, so Arsenal fans will still be expecting him to spend some money, as this is just a free transfer for an unknown kid (sound familiar?), and the attacking midfield isn’t exactly the area that needs improving on. Fabregas, Wilshere, Rosicsky, Song, Arshavin, Diaby, Nasri and Walcott make up the midfield on different days, but it is the defence which worries most Arsenal fans.

Arsenal also have the young Japanese talent Ryo Miyaichi to look forward to when he comes back to the Emirated from his loan spell.

However, it might be worth noting that there is a club called Arsenal de Sarandí who play, like Alvarez’s club, in Argentina. The information that Arsenal have signed the exciting youngster in the foreign press, may have been lost in translation, and Alvarez may in fact be signing a contract with the Argentinian Arsenal.