Wow, this has been quite an extroadinary day concerning gossip, rumors, speculation, and news regarding potential Gunner transfers. The big story today involves the supposed Arsenal signing of Lille star Gervinho, which was initiated of course by Twitt…

Wow, this has been quite an extroadinary day concerning gossip, rumors, speculation, and news regarding potential Gunner transfers. The big story today involves the supposed Arsenal signing of Lille star Gervinho, which was initiated of course by Twitter’s Marco Silva. Without further ado, here is the Arsenal Transfer News Roundup. 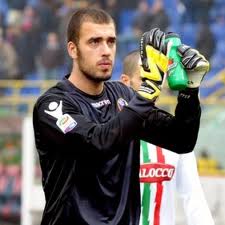 Interesting headline, several reports have suggested that the Gunners are stil looking for goalkeeping recruits and that Wenger is tracking Bologna (co-owned by Inter) and Italian international keeper, Emiliano Viviano. Viviano is one of the brightest goalkeeping talents around and was, in my opinion, the best goalkeeper in Italy last season. He’s a reliable and very talented keeper, but I doubt that a deal will go through. I don’t think Arsenal need a new keeper, and certainly not a young keeper like Viviano, as it will throw both Szcezsny’s and Fabianski’s futures into doubt. They both did well last season and have proven that they deserve to stay on as Arsenal’s top two goalkeepers next season, and I honestly don’t believe Wenger will be going after a new goalkeeper.

Arsenal are fighting with Manchester City over Baines 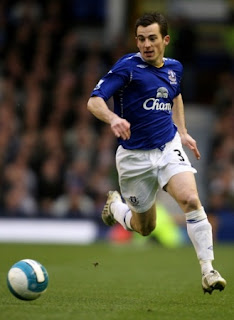 Another interesting headline, as many reports are stating that Arsenal will battle it out with Manchester City over the signing of Everton’s Leighton Baines. I believe that Baines will be an excellent signing if he signs for the Gunners, especially if Clichy leaves, Baines will be an excellent replacement. The problem is that Everton would want good money for the talented left back, probably the same fee they got for Lescott, especially with  money-rich Manchester City again interested, and are known for being tough negotiators. I believe that this will be a difficult transfer, but Baines would be a quality signing and addition, if Arsenal can acquire him.

Here’s a video of Baines, displaying his talents:

Gervinho to join the Gunners on Wednesday? 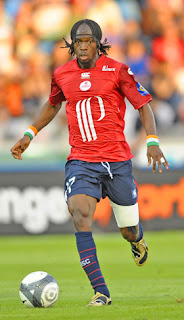 This is the main headline today, which is being talked about by Gooners everywhere. This was initiated through a claim by Twitter’s Marco Silva, who states that Gervinho has rejected a move to Newcastle and will sign for the Gunners on Wednesday. I’m honestly not sure about this one, as there are conflicting reports, with some suggesting that Newcastle are closing in on him, while others are suggesting the Gunners are closing in on him. All I can is that, we just have to wait for official confirmation by either club or from Gervinho’s current club, Lille. I expect more news on this matter, in the next few days…. so stay tuned fellow Gooners!

I stumbled on an article that talks about this headline, it doesn’t look convincing to me, but I’ll share it with you:

What do you think? Should Arsenal sign a new keeper and in the form of Viviano? Should the Gunners make a move for Baines? What are your opinions on the rumored imminent signing of Gervinho? Please share your thoughts and opinions.