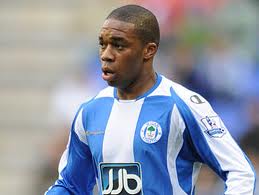 Liverpool have made a bid for Wigan winger Charles N’Zogbia, according to the Daily Mirror.

“Ladies & Gents, the identity of the mystery player that Liverpool Football Club have agreed personal terms with Charles N’Zogbia.

“A fee has been agreed with Wigan, personal terms have been agreed with the player’s representatives & the player will undergo a medical and sign a contract when he returns from holiday. The deal is not yet ‘official’ but subject to a medical being passed, N’Zogbia will be a Liverpool player.

Having failed to secure the signing of Sylvain Marveaux from Rennes, it is believed that Kenny Dalglish and Daniel Comolli wish to sign N’Zogbia in a £12m deal as soon as possible in prepartion for the new season.