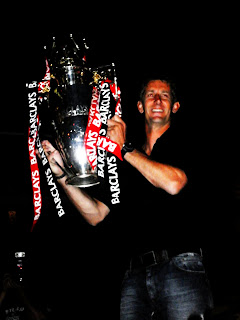 ﻿﻿﻿﻿Van der sar was recently in Malaysia for the United trophy tour. The newly retired goalkeeper toured Kuala Lumpur with the trophy. Around 5PM (local time), Edwin was at Starhill Gallery in Kuala Lumpur for a corporate event (invitation only). However, that did not stop die hard United fans from gathering outside the event to catch a glimpse of the lanky goalkeeper.

The 38 year-old then made the final stop for the Malaysian leg of the tour at KLCC (Kuala Lumpur Convention Centre) around 7.45pm (local time) at the convention centre’s outdoor park nearby the fountains. Eager fans have been gathering since morning to see the trophy and the keeper. Fans pushed through the crowd hoping to catch get Van Der Sar’s autograph.

The crowd sang “Glory glory Man United” as Van Der Sar lifts the trophy to the crowd as soon as he stepped out of the buggy. The keeper also interacted with the crowd and amused them by threatening to throw the trophy into the crowd!!! A smile was plastered on Edwin’s face as the crowd throws random but hilarious questions at him from enquiring about David De Gea to Opposition team, the crowd certainly amused the trophy ambassador. At the end of the day, as the sun sets at KLCC, Van Der Sar and the fans were seen leaving the park looking exhausted but with a smile plastered on their faces. ﻿﻿﻿

Having the fortunate privilege of being there, here are some photos that i manage to take amidst the chaos! It might not be the best photos as i try to survive being squashed by the fans but these are personal candid shots and i hope you enjoy it! 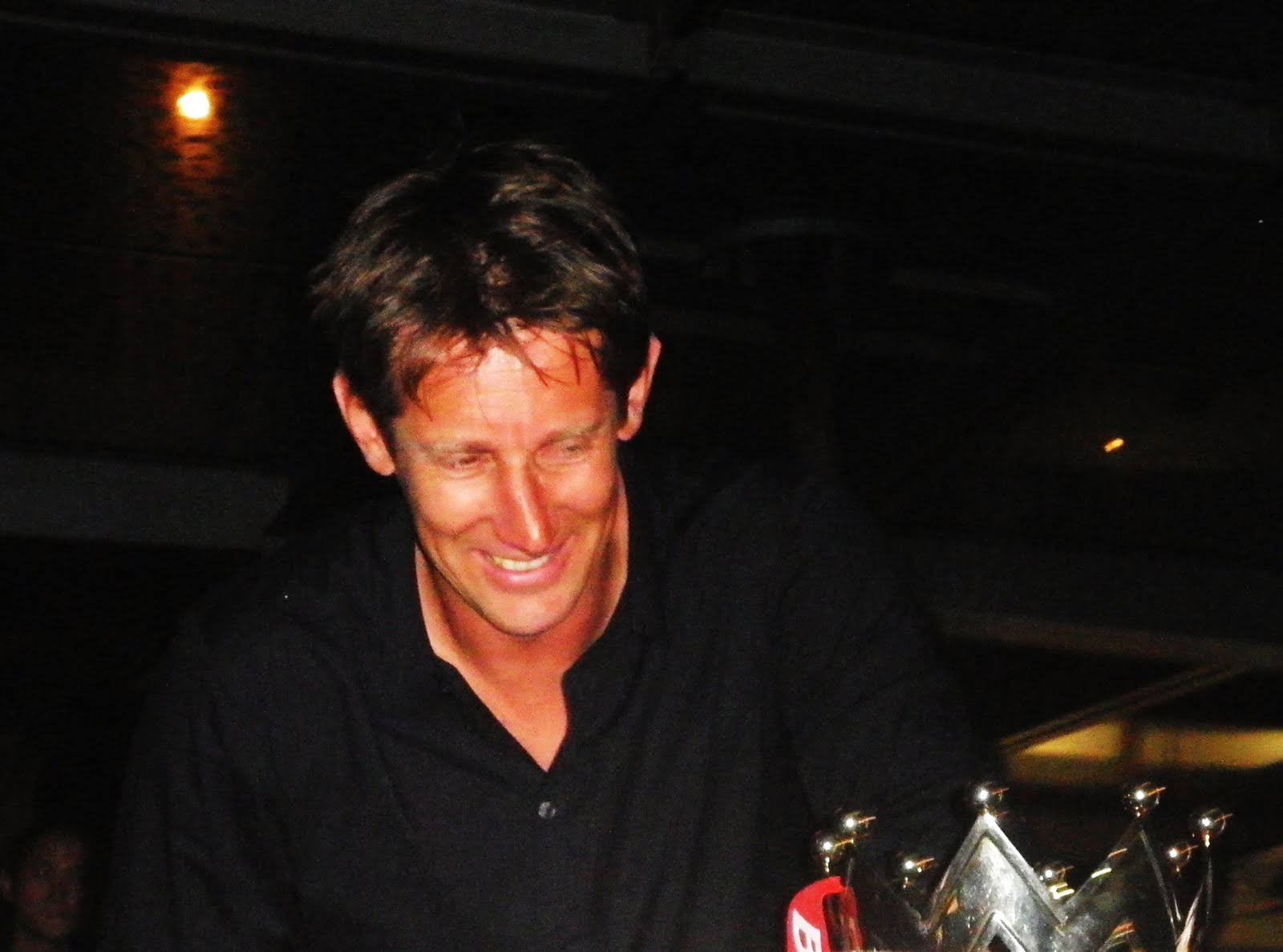 Submitted by The Football Rookie