Dortmund is going to be tough. They are second favourites in our group and are the German champions. Now it’s true that they lost last week to Hertha Berlin but even champions have off days.

It’s going to be important to win in Germany for various reasons. Firstly, the 3 points, secondly the confidence, and thirdly to test us.

On the injury front Ramsey and Rosicky miss out, but Gervinho and Song are back. Wilshere is a lost cause and so is Vermaelen. The defence should be the same as the one against Swansea. 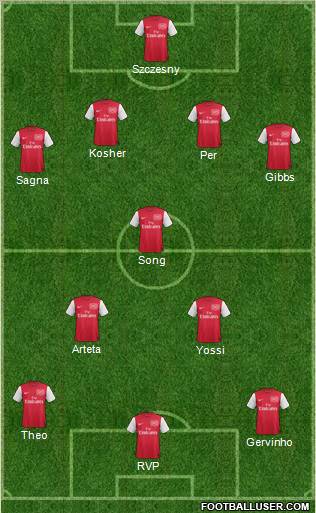 A player to watch out is Mario Gotze. If its true then we apparently bid 40 million euros for him. What a match to show us what he’s worth. 3 points is going to be difficult but not impossible. Anything but a loss will do though.