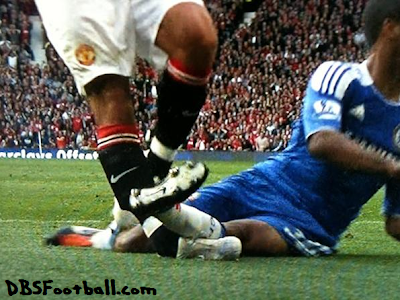 Manchester United came out on top in a dramatic game at Old Trafford, but United will be hoping Javier Hernandez will overcome this challenge from Ashley Cole late in the second half. As United’s Mexican striker struck a rebound into the side netting, Ashley Cole came in with a lunging challenge which could have been very dangerous indeed.

Hernandez was treated, clearly in a lot of pain, but was able to hobble off of the pitch to be substituted by Dimitar Berbatov. Cole was yellow carded, but no penalty was given.