The victors will be rewarded with a semi final date at Wembley and a rejuvenated Blues side go into the game as red hot favourites.

Interim manager Roberto Di Matteo has won all three of his games in charge so far, including Wednesday’s stunning comeback to reach the Champions League quarter finals with a 4-1 (5-4 agg) win over Napoli.

John Terry and David Luiz are both likely to be fit after the pair picked up knocks on Wednesday. Terry was forced off in extra time while Luiz was limping in the final minutes with an ankle injury. However, Di Matteo will take no risks with either and only play them if 100% fit.

Raul Meireles is expected to come back in after missing the Napoli game through suspension. Di Matteo is also expected to shake things up after his side came through 120 minutes of Champions League football in midweek.

Soloman Kalou, Fernando Torres and Mikel may come in with Sturridge, Drogba and Essien likely to make way. 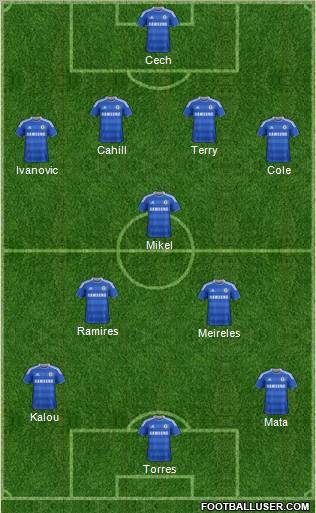 Chelsea look a different side under the stewardship of Roberto Di Matteo and the players are clearly playing for their manager now. Although we expect Leicester to put up a spirited show, Chelsea will come out on top. Chelsea 2-0 Leicester.