The game will mark David Moyes debut in the competition proper having failed to reached the group stages during his time at Everton.

The Premier League champions warmed up for the game with a 2-0 win over Crystal Palace on Saturday and Moyes is unlikely to make many changes from the side that started at the weekend.

Marouane Fellaini coming in for Anderson is the only expected change, although Ryan Giggs could come in if Moyes opts to go with experience. Here is my predicted starting eleven. 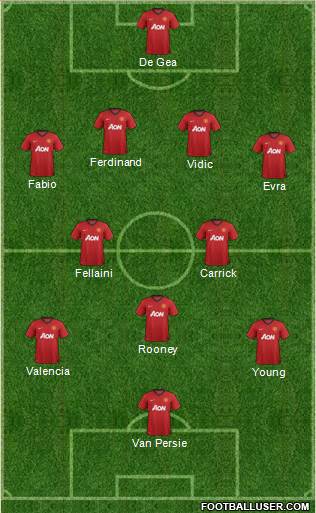 Winger Nani is missing though suspension and Phil Jones is struggling to prove his fitness so is likely to join Rafael on the sidelines. Fabio started on the right side of defence at the weekend so is likely to continue to deputise this evening.

Ashley Young came under criticism for his theatrics against Palace but he’s likely to keep his place with Nani unavailable and Danny Welbeck injured. The above team is more than capable of getting a positive result against the Germans.

What would be your starting eleven for the game? Share your suggestions below.