Arsenal play host to Everton at the Emirates Stadium on Saturday lunchtime in the quarter finals of the FA Cup. Here’s a preview with team news for the game.

Arsenal play host to Premier League rivals Everton at the Emirates Stadium on Saturday lunchtime in the quarter finals of the FA Cup.

We’ve already faced some stiff competition in previous rounds with a 2-0 victory over Tottenham in the third round followed up by a 2-1 win over Liverpool last time out, so if we’re going to win the Cup, we’re certainly doing it the hard way.

With Manchester City the only other ‘big’ team left in this years competition, the winners of tomorrow’s clash will have a great chance of going all the way, so it’s for that reason I hope Arsene Wenger isn’t planning on fielding a weakened side ahead of Tuesday’s second leg against Bayern Munich.

The FA Cup represents a fantastic opportunity to end our trophy drought and I’d hate to see us throw it away because of a game that we’re highly unlikely to rescue given that we need to turn-around a 2-0 deficit away at the best team in Europe.

If we are to beat Everton we’re going to have to play a lot better than we did last week when our title bid was dented with a 1-0 loss to Stoke City.

The Toffees have had a much easier route to the last eight, having beaten QPR, Stevenage and Swansea, but they are an impressive outfit on their day and Roberto Martinez proved last year with Wigan that he knows what it takes to go all the way in this tournament.

Jack Wilshere will miss the game after being ruled out for six weeks with a broken foot that was picked up while playing for England on Wednesday.

Arsene has also confirmed that Laurent Koscielny is a doubt after feeling a tight hamstring during training with France on Tuesday, and I don’t think we’ll see the boss take any chances with him, so Thomas Vermaelen is likely to come in at the back.

Youngster Yaya Sanogo started in the previous round against Liverpool and I think we’ll see him play once more with Wenger taking the opportunity to rest Olivier Giroud.

Nacho Monreal is also still a doubt with an ankle problem so Kieran Gibbs is expected to continue at left-back, while Aaron Ramsey and Kim Kallstrom are due to return from injury next weekend against Spurs. Theo Walcott and Abou Diaby remain absent.

Everton are expected to be without key centre-back Phil Jagielka after he missed the England game with a hamstring strain. However, Antolin Alcaraz is fit and will deputise alongside Sylvain Distin.

Joel Robles has started in all the previous rounds so we should expect to see him once again, while Romelu Lukaku is likely to start having come off the bench to score the winner against West Ham last week.

Lacina Traore is out with a hamstring strain so he joins Bryan Oviedo, Darron Gibson and Arouna Kone on the sidelines. 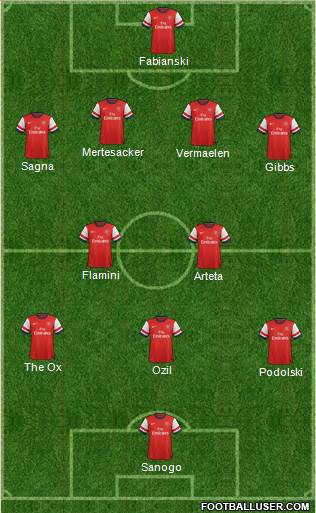 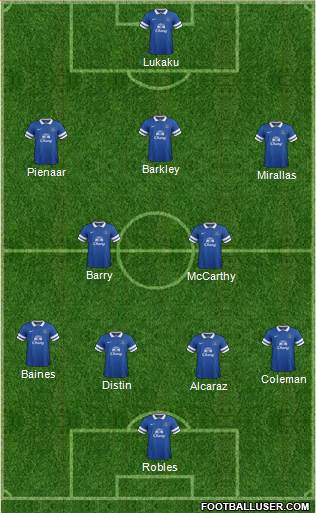 Oxlade-Chamberlain: The Ox has been in good form of late and I think his pace is going to play a key role tomorrow. Without Walcott, Arsenal lack raw pace which invites opposition teams to push higher up the pitch and limit the space in midfield. Therefore, the Ox is going to have to make sure he stretches the Everton back-line with plenty of runs in behind to keep them from pushing up and pressing us too much.

Arsenal 1-0 Everton: I think this is going to be a close game, particularly if Arsene rests some of his key men, but I think we’ll have just enough to book a date at Wembley in the semi-finals.