Manchester United entertain Aston Villa at Old Trafford on Saturday lunchtime looking to bounce back after a disappointing derby defeat.

The defending champions slumped to a 3-0 loss at home to Manchester City on Tuesday night to further pile the pressure on the shoulders of boss David Moyes.

Much of the pre-match talk has centered around the news that a small section of fans have hired a plane to fly over Old Trafford during the game carrying a banner calling for the Scot to leave the club.

Moyes knows it’s been a difficult transition season and has called for patience, but it remains to be seen whether he’s going to be able to win over those supporters who don’t feel he’s the right man to rebuild the squad in the summer.

United head into the game sitting seventh in the table and 12 points off fourth-placed Arsenal, so they have very little chance of qualifying for the Champions League this season, but Moyes will still be desperate to try and end the season as strongly as possible.

They will face an Aston Villa side who are nine points above the relegation zone on 34 points following last weeks 4-1 loss to Stoke City, but Paul Lambert will be keen to hit that all-important 40 point marker as quickly as possible.

United welcome back skipper Nemanja Vidic after he served his two-match suspension, and the Serb is expected to come straight back in to the starting line-up. Chris Smalling and Jonny Evans may be fit enough to return to the squad but Phil Jones is likely to retain his place at the back.

Antonio Valencia and Adnan Januzaj are pushing for recalls with Danny Welbeck and Tom Cleverley likely to make way, but Robin van Persie remains out with a knee injury.

Aston Villa will be without midfielder Karim El Ahmadi after he was forced off last week with a thigh injury. Marc Albrighton is on stand-by to come in.

Andreas Weimann also picked up a dead leg last week but has been passed fit to make the trip to Manchester. 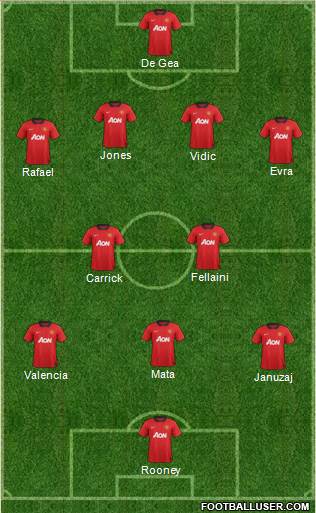 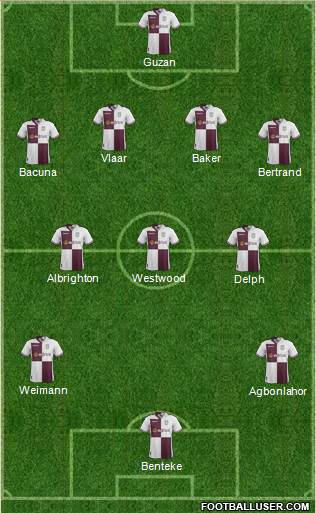 Wayne Rooney: With Van Persie unavailable, the onus will be on Rooney to provide the goal threat in attack and the England ace has been in good form of late. Villa are going to have to keep him quite if they want to take something away.

Man Utd 2-1 Aston Villa: United may be enduring a tough season but Villa are a team they historically enjoy playing against, with the Villains winning just one of their previous 36 meetings. So Moyes couldn’t pick a better opposition to record a morale-boosting victory against, but we don’t think it will be easy…