Liverpool entertain Tottenham Hotspur at Anfield this afternoon. Here’s a preview with team news, likely line-ups and predicted score for the big game.

Liverpool entertain Tottenham Hotspur at Anfield this afternoon looking for a win to move top of the Premier League table.

The Reds head into the game sitting just one point behind Chelsea but with the league leaders slumping to a 1-0 defeat to Crystal Palace on Saturday, Brendan Rodgers men can leapfrog their rivals to go clear at the top with just six games to go.

The Mersyesiders are on a fantastic run having won their last seven games on the bounce, scoring 26 goals in the process, with the latest victory being a tense 2-1 win over Sunderland on Wednesday night.

The hosts have also won 11 of their 13 games on home soil this season so they will be confident of registering another important three points tomorrow afternoon. However, they will face a Tottenham side that have not given up hope of leapfrogging Arsenal and Everton to finish in the top four.

The North Londoners bounced back from successive defeats to Arsenal and Chelsea with a last minute 3-2 win over Southampton last weekend, and a win at Anfield would see Tim Sherwood’s men move to within five points of fourth place.

Liverpool have no fresh injury worries to contend with so manager Brendan Rodgers will have a virtually fully-fit squad to choose from.

The only concern is long-term injury victim Jose Enrique, with the Spaniard still struggling to overcome a serious knee injury.

Mamadou Sakho is back in contention after recovering from a hamstring injury while Lucas Leiva is also pushing for a recall after returning from a knee injury.

Spurs are likely to welcome back skipper Michael Dawson after he returned to training this week following a hamstring injury. Vlad Chiriches played for the under-21’s on Friday night as he steps up his recovery from a back injury, but he won’t be under consideration today.

Tim Sherwood is sweating on the fitness of striker Emmanuel Adebayor, with the Tottenham boss hopeful the Togolese hitman can play despite suffering a nasty cut to his heel.

Kyle Walker remains on the sidelines with a pelvic injury, so he joins Erik Lamela and Etienne Capoue in the treatment room.  Paulinho and Sandro are in line for recalls while Mousa Dembele is fit despite being forced off at half-time last week. 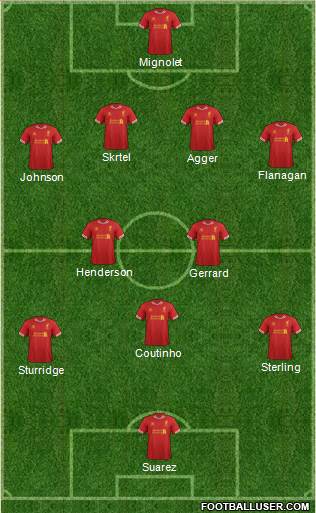 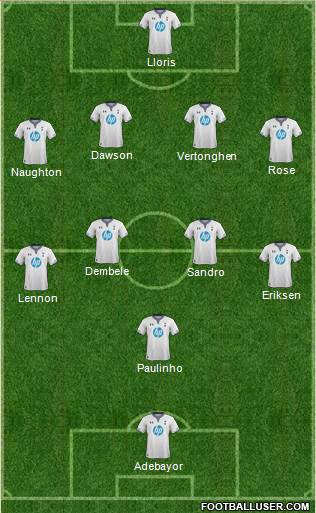 Luis Suarez: The Uruguayan wasn’t at his best against Sunderland on Wednesday night but the Premier League’s leading scorer is always a threat and Spurs will certainly have to keep him quiet if they want to go back to London with anything from the game.

Liverpool 3-1 Tottenham: The Reds have been in formidable form of late while Spurs have been grinding out results without playing particularly well. We can’t see anything other than a home victory to keep Liverpool’s title dream alive.